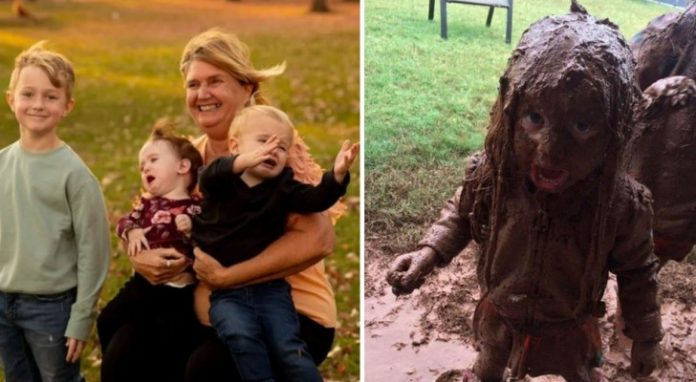 Children are undoubtedly a gift that life gives to parents and, although sometimes difficult, they can be adorable. There is certainly no risk of getting bored with them! The little ones often find themselves in bizarre situations and the result can only be funny, so much so that moms and dads immortalize the moment with hilarious photos. In their innocence and their unconsciousness, the little ones become the center of fun shots to share with their friends and family, but also with Internet users. On Reddit, we discovered several images that sum up the naivety of children and are sure to put a smile on your face: let’s take a look at 15 of the funniest.

Yes, it’s a bathtub and not a toilet bowl…

“The dog was a willing participant.”

“My two-year-old bathed dad’s laptop with soap and water because it was ‘too dirty’.”

“Somebody teach them how to play Predator.” They have learned well, one might say!

9. Maybe it wasn’t such a good idea

“The face that tells you trying to hit rock bottom was a mistake.”

“I went to get the steam mop from the cupboard and was greeted by this. Guess that explains the mysterious smell in our storage room.”

“Proud of my son who passed his first day of kindergarten – Introduction to Scarface.”

“Does anyone have a good title or caption for my dog ​​teaching my little girl to sit like him?”

“That’s what a baby does when he wakes up crying because he wants donuts.”

“My son was supposed to pose for his first birthday. He wasn’t happy about it.”

Which of these children do you find the funniest?