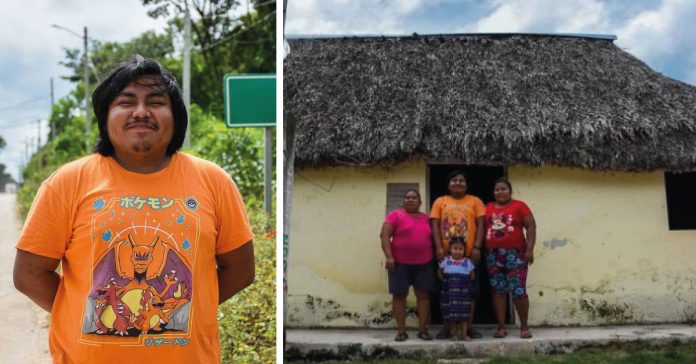 Guillermo Chin Canché is a Mexican scientist of Mayan origin who is about to fulfill his dream of working at NASA. After many obstacles and discrimination due to his indigenous origins, the one born in Bethania, Campeche will join the “Dragonfly” project, which aims to investigate Titan, one of Saturn’s moons, in 2023.

“Participating in this project means a lot, it is the culmination of effort and work, but the most important thing is that it reflects the knowledge that I inherited from my Mayan ancestors who were wise astronomers,” said Chin Canché.

Guillermo will be the only Mexican in the project’s Planetary Meteorology team. The 26-year-old currently resides in Ensenada, Baja California where he is studying Physical Oceanography at the Center for Scientific Research and Higher Studies.

Before that, he studied to become a Mechatronics Engineer and a master’s degree in Space Technological Sciences at the Autonomous University of Campeche and his thesis was on a satellite called Enceladus.

A little over 6 years ago he left Campeche to pursue his dream of continuing to study, he also left his parents, María Casimira Canché Chi and Luis Alberto Chin Xequeb.

“I said: ‘some day in the future I would like to work on a NASA project,'” he told Telemundo, in addition to sharing that he hopes to finish his studies in the next three years.

His line of research in Planetary Sciences and Astrobiology allowed him to collaborate on the «Dragonfly» project and his job will be to study the atmosphere of the Titan satellite: «predict meteorological phenomena on the planet and determine how it affects the generation of organic molecules and how much there is turbulence so that the Dragonfly can fly”, he commented.

The Dragonfly is a kind of helicopter that will fly over Saturn’s largest moon in search of life, with data collection, much like Project Ingenuity on Mars.

The Mayan astrobiologist is very proud of his roots and says he is very happy to have the opportunity to participate in the project alongside 117 scientists from around the world, representing and putting the name very high of Mexico, the Mayans and everyone in the Yucatan Peninsula”.

Although he did not have an easy childhood, his parents always made an effort to support all their children, trying to ensure that they all have better opportunities in the future.