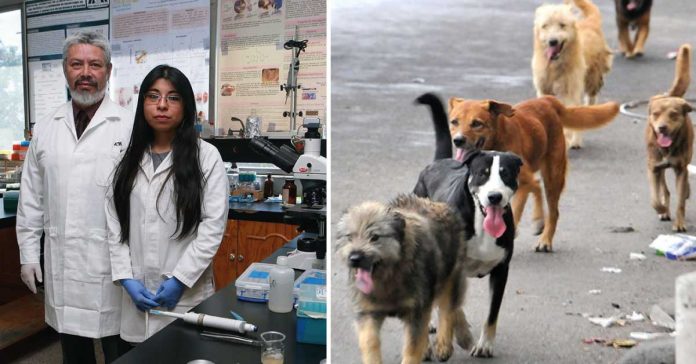 This is an innovative idea to help control the overpopulation of stray animals.

In many countries around the world there is a problem of stray dogs and cats. Either because they were abandoned, because they got lost or because they were born there, thousands of animals make their home in the streets of the city. This represents a problem not only for themselves, who suffer a lot; but also for other native species and for the environment in general.

Mexico is the country with the most street dogs in all of Latin America; It is estimated that 75% of the dog population lives on the streets. Stray puppies reproduce easily, which contributes to the increase in numbers in this situation. They must find food to survive and even fight with other dogs; and the greater the number of animals in the streets, the greater the fight for resources must be. Lack of food, illness, and temperature are just a few of the issues these furry friends have to deal with.

The solution to this is not as easy as it seems and there are many angles from which it can be approached. One of them is birth control for stray animals. Although free sterilization campaigns are constantly carried out, it is still difficult to sterilize all the animals on the street.

So, a contraceptive in croquettes for dogs is a great option.

Sheila Irais Peña Corona is a doctoral student in Experimental Biology at the Autonomous University of Mexico (UNAM) who is developing a contraceptive in croquettes. She wanted to find a non-invasive and easy-to-use method for furry dogs, as her intention is to control the birth rate of stray dogs and thus prevent them from continuing to suffer.

According to Sheila, the project is still in its experimental stage and although its effectiveness has already been confirmed, further analysis is needed.

These croquettes work by inhibiting the ovulation cycle of female dogs for one or two cycles per year. And everything seems to indicate that the croquettes take effect “immediately”; that is to say, that with a single time that they consume them, the next cycle will be inhibited. However, it remains to be defined exactly how long this method works and what side effects it could cause.

Sheila and her research team wanted to achieve an effective and non-invasive (like surgery) product to control birth in animals, as well as one that had no adverse effects on them. So far, these contraceptive croquettes are considered the best way to reduce the overpopulation of stray dogs.

Although it may not be the definitive solution, it is a great advance; however, the patent of the product is still pending and after that the mass production. In other words, we will still have to wait a while before being able to use them, but contraceptive croquettes are already a reality.