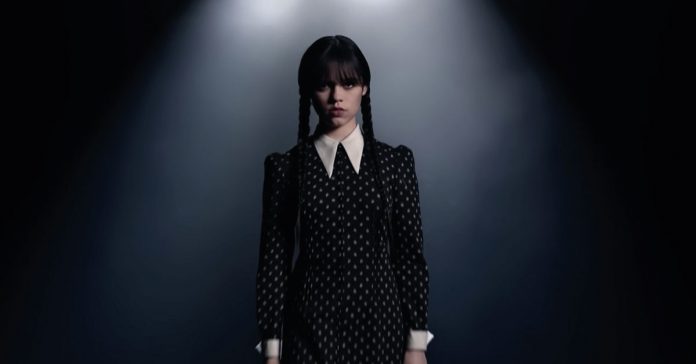 The new Netflix series about the Addams daughter has been a success.

Less than a week after its premiere, Merlina has captivated thousands of viewers, who say it is one of the best series of the year. It is full of mysteries, intrigue, action and even a bit of humor despite its very dark tint. And not only that, because another of the great elements of this series produced by Tim Burton is the valuable lessons it leaves us.

Merlina Addams has always been characterized by her cold way of seeing life. With her black outfits and expressionless face of hers, she is a girl who never seems to fit in with the rest of society but at the same time knows her so well that she can point out her faults. Merlina’s flamboyant personality has made her a gothic icon as well as a beacon of strength and cunning.

In the 1960s, the world met Merlina as a curious 6-year-old girl. Now, Burton’s series shows us the Addams’ daughter as an equally resourceful and restless teenager.

Jenna Ortega was chosen this time to bring Merlina to life and she does a magnificent job of interpreting the iconic role. The series centers on her and her life at Nevermore Academy , where she has to learn to master her psychic ability as well as interact with other people. And incidentally solve a wave of murders as well as a mystery that goes back 25 years in which her parents are involved.

In addition to the intrigue, ‘Merlina’ gives us several life lessons.

The young woman teaches us that it is okay to be different and that this should not be a reason for ridicule. Merlina, whom she has always considered “a weirdo”, stays true to herself, sticking to her convictions and not trying to please other people. She doesn’t let negative comments have a powerful influence on her life, way of being or her decisions.

Also, the fact that he finds himself studying at a school for people with powers who feel like misfits reminds us that we are all “weird” in some way. That is, many students were misfits in normal schools but when they entered a special academy they thought they would be accepted but realized that they were still rejected. So, somehow; we all feel that we don’t fit in, but despite that, there will always be people who support you and want to form an affective bond with you.

Another of Merlina’s characteristics is her brutal honesty. She is not afraid to say what she thinks, even if it means making those who listen to her uncomfortable. Society has made us live on appearances, so we learn to lie and hide the truth to maintain a pleasant image towards others. However, the young goth has taught us that it’s not wrong to speak our opinions even if others don’t like it. Although it should be clarified that you must be very careful with this point since there is a fine line between being honest and rude.

Something that Merlina hates is superficiality.

This Addams has also frequently spoken out against banalities. She doesn’t care about superficial things, she believes that the interior has more relevance. That is why in this new series, they decided to make the character talk about a topic that has involved the new generations: social networks.

During the first episodes, Merlina lets us know that she doesn’t have social networks because they seem like a space that consumes you in search of validation (which you will never really get). Although the networks have become a very useful tool to reconnect people, it also distances them from reality, making them aspire to impossible things. Many internet platforms have become a stage where you must show your perfect life to an audience that is also your executioner and can destroy you. That’s why they put a lot of pressure on by not being able to meet those expectations.

“I think that social networks are a soul-swallowing void of meaningless validation,” Merlina once mentioned to her friend Enid Sinclair.

Faced with so many reflections, and of course, a captivating plot, viewers are delighted with the series. They are also looking forward to a second season because given the success of the first, the streaming platform will undoubtedly agree to continue the story.