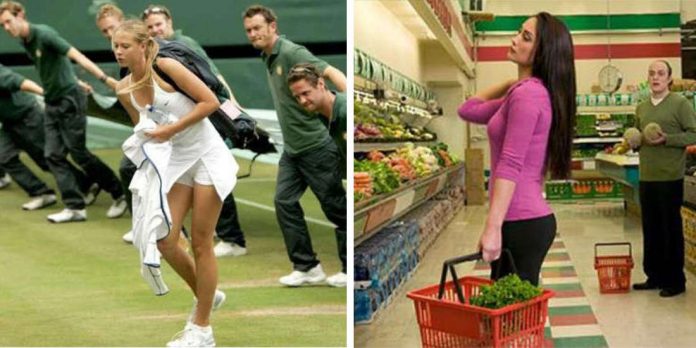 Men will be men even it’s a sensitive period for women. Men may love women and try to help them, but even though it’s really uncomfortable and wrong they can’t really help not staring at them in a weird way.

These are some casual instances that show men will be men no matter what: 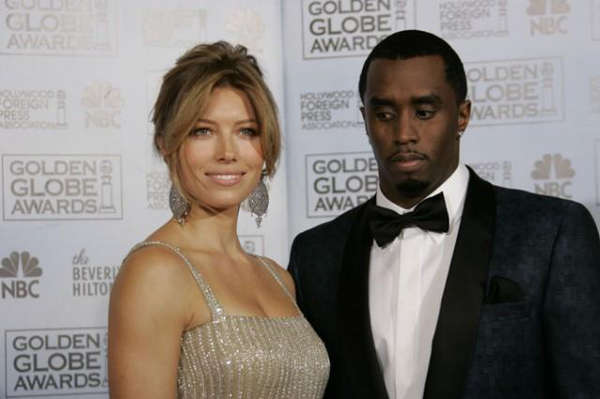 Men put on their stylish clothes and women get their beautiful gowns out in Golden Globes as it is a fashion outburst. Men will still look at something else with the corner of their eyes no matter how beautiful women may look or how elegantly a man might be dressed. 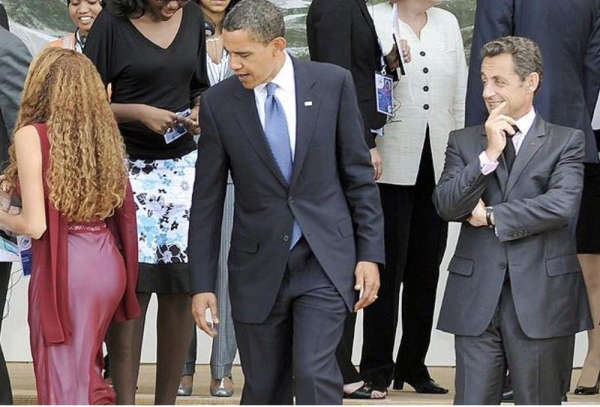 You may have gone up in your world and become the president of the most powerful nation in the world. But you’ll still remain with manly instincts and your gaze will still be the same as the way all male celebrities look at women. 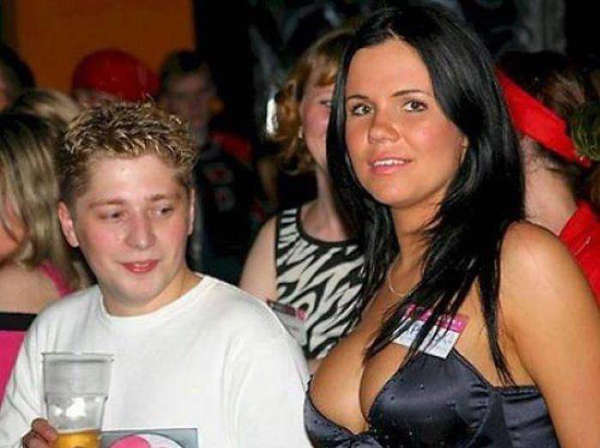 Even these small guys are going through puberty and following whatever they see their elder parents are doing as children are just imitating. They can’t really help but follow the same gaze when adult men act like that. 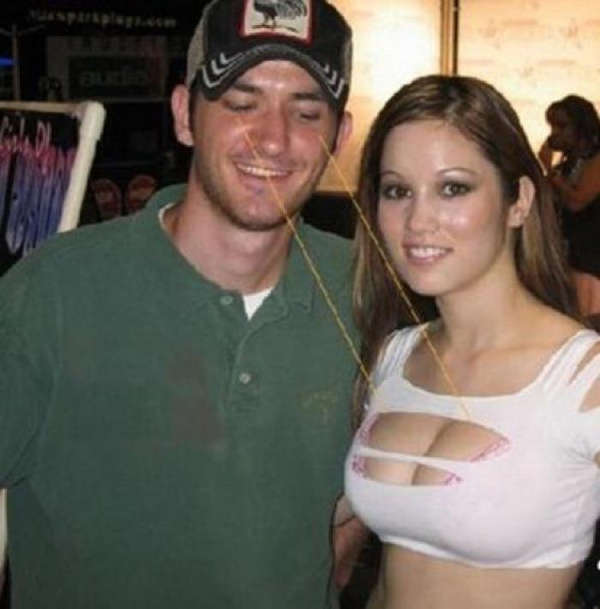 You can have a nice couple photo of both of you. But if your man doesn’t even look at the camera, how can you have your couple goals? While you are smiling at camera, he’s looking at another direction rather than at the camera.

You can’t stop Beckham either

Beckham, one of England’s best footballers and a heartthrob of many women even can’t get too gentlemanly. Just look at his eyes. He can’t really stop himself from getting distracted when he has an attractive woman standing in front of him. 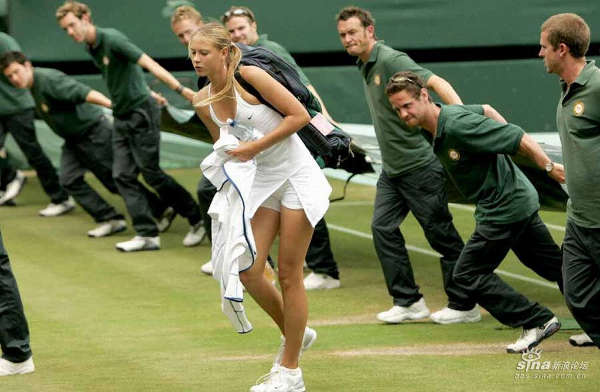 The player is sweating and tired at the tennis match. The men are trying to get the covers in but they are not focusing on the job. They are looking at the player except for one man. After all, men will be men. 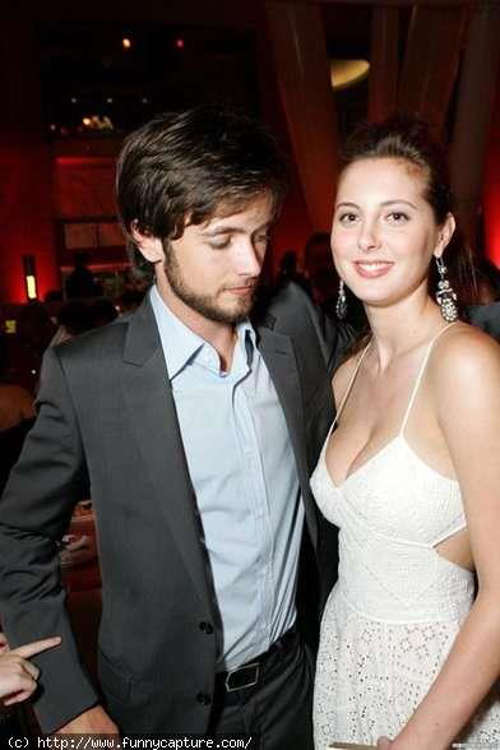 Here is a beautiful couple, a handsome man and a gorgeous woman. So, it should be a perfect picture. But, this man ruins it all, his eyes are somewhere else completely!

A Mishap in Department stores 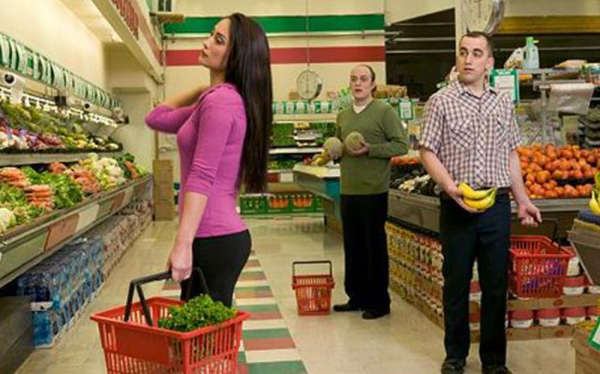 Be careful when you going to get yourself some fresh vegetables from the department stores as the stares bestowed upon you. They are not shopping, their eyes are aiming somewhere else completely! 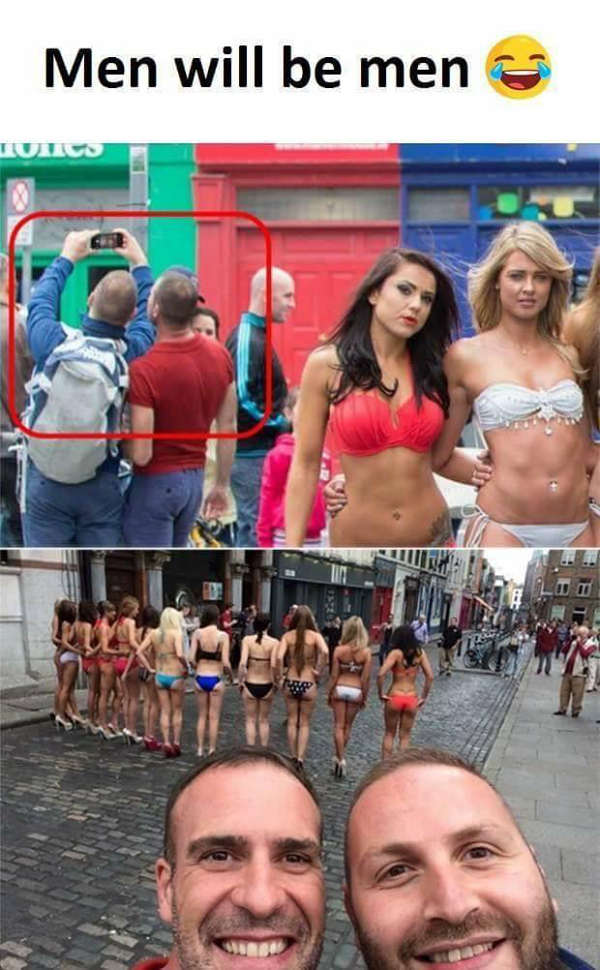 These buddies are trying to capture a good selfie behind the swimsuit models. The phone is just a tad bit high and the picture is out of focus, or rather in focus, clicking the behind of the models secretly. They are ingenious! 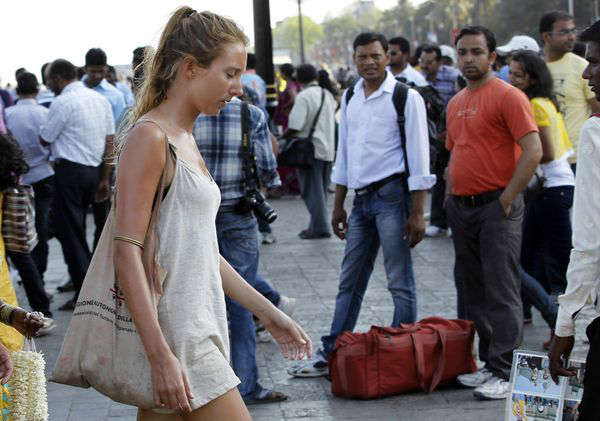 It’s not safe for women in other countries as soon as the people saw a new person, their eyes continue to explore the foreign person. When we continue to blame women for what men do, wrong things can happen in other places.

A little bit of decency goes a long way. Men can change if they try. Even though these pictures are funny, it has a deep message. The best thing to do is the society needs to go forward and people need to change their perspective.