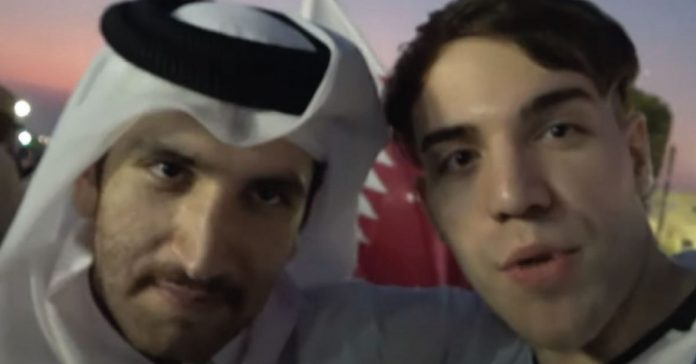 The Uruguayan National Team may have been one step away from advancing to the next round, but its neighboring country, Argentina, is a few hours away from facing Croatia in the semifinal match and seeing if they can achieve the long-awaited title of becoming Champions of the World, however or rather, meanwhile, thousands of most loyal fans continue to enjoy and discover Qatar.

One of them went viral after sharing an unusual experience, as it turns out that he managed to stay in the mansion of a Qatari sheikh and the most implausible part of all this is that he is paying for his accommodation with alfajores, a dessert of Arab origin.

Well, they were the ones who introduced them to the Spanish at the beginning of the 8th century. It is a small but delicious dessert made from a paste of almonds, walnuts and honey. Currently the recipe differs a lot from the original, but Argentines love it.

Fran MG is a Uruguayan YouTuber and TikToker, who became good friends with Osman, a wealthy sheik who extended the invitation to stay at his house and experience the World Cup comfortably.

The young man has his own room, air conditioning and all the amenities that a place of this size can have, without forgetting the luxuries and ostentation with which these types of people live.

Fran highlighted how well they have treated him, the warmth with which he was received and how kind Osman was to offer him a place to stay during the biggest party in football.

According to different media, Osman is a fan leader like Fran, and the owner of the house is the manager of one of the eight stadiums in Qatar.

The influencer is known as Javo Machado and in the videos he has shared on his social networks you can see a bit of the luxuries he had to get used to during his stay.

“Today I visited the house of an Arab sheikh. I have never seen so much luxury in my life, mommy”, “I toast with this little Arabic coffee to one day becoming a sheikh”, concluded Machado, while he drank an espresso in a phrase of transparent gold.