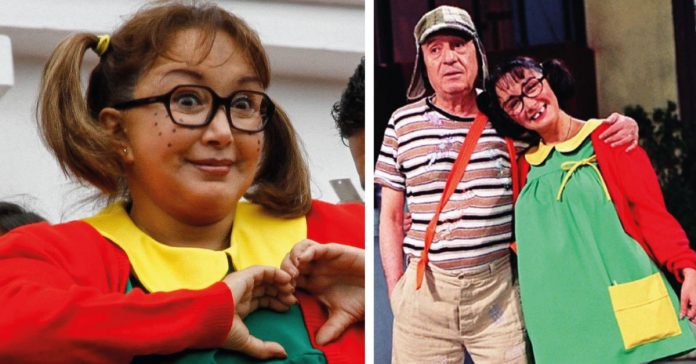 The actress, originally from Nayarit and born in 1950, has been part of the childhood of thousands of children, young people and adults, as she was part of the cast of El Chavo del 8 and did so with one of the most endearing characters on Mexican television, the dear and tender Chilindrina.

María Antonieta de las Nieves began working at a very young age but it was from 1973 that the first chapter of El Chavo del 8 saw the light and with it, all the occurrences of all those who inhabit the neighborhood were the reason for much laughter. .

In fact, in 2021, the actress received recognition for playing the same character for the longest amount of time, that is, forty-eight years and two hundred and sixty-one days. However, she was also part of other film and television productions.

About his private life, his relationship with Gabriel Fernández, a famous broadcaster, they were together for almost 50 years, from 1971 to 2019, when the presenter of El chavo del 8 died of intense and cruel pneumonia.

At 85, Fernández left the actress a widow, who speaks beautifully of him whenever she can: “I see my husband, at night I dream of him so much, he is so current, I feel that he is with me, I put my hand to him and I feel that he shakes my hand too, it is one of those loves so great that one cannot get rid of them”.

However, despite having been retired for several years, the Mexican has decided to enjoy the life she has and she does it by traveling. In fact, recently, she was questioned about the possibility of falling in love again and her answer surprised more than one of her.

“I would love to meet a single man, widowed or divorced, between 60 and 65 years old. I am 72, but I don’t feel or look that age at all,” he commented during an interview .

He approached the subject with a rather funny tone, and also talked about the new experiences he wants to have, although he knows that it will be complicated and more so during these modern times, Marie Antoinette is ready.

She also clarified that she would never use the applications that are used today to meet new people, she prefers to attend singles meetings instead of exposing herself in that way.

«The other time I was talking to my son Gabriel about it and he warned me not to grab some young gallant, who thinks I’m a millionaire, because he’s going to leave me when he sees that it’s not like that. He has to be an independent man who doesn’t give to me, but who doesn’t take away from me either, to be on an equal footing,” he added.

Of course, he clarified that he has no plans to remarry and more so when he had a marriage as beautiful and long as the one he had with his Gabriel.