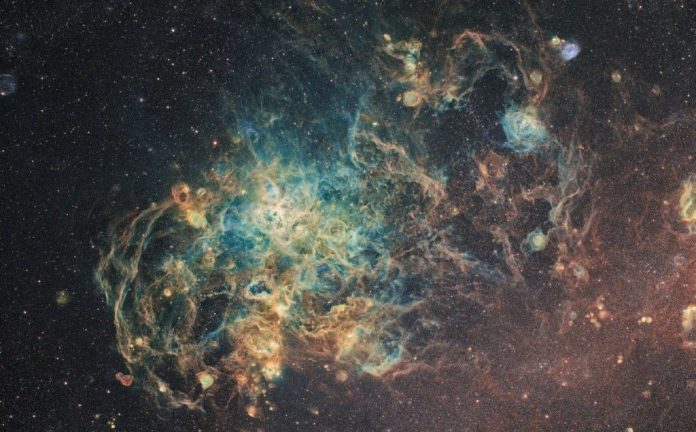 Five amateur astronomers who operate an observatory in Chile worked for these stunningly detailed photographs of the Large Magellanic Cloud (LMC). It only took ten months and about 4,000 photographs to create the whole detailed close-up picture which was seen as a faint cloud in the Southern Hemisphere. The photograph was named NASA’s Astronomy Picture of the Day for 3 May 2019

A group of five astronomy devotees who combine their experience and passion for the stars to create amazing images of outer space is Association Ciel Austral. In order to take the featured photograph of the LMC, a smaller galaxy inside the gravitational pull of the Milky Way, they needed dedicated teamwork. They created an extraordinary view of the galaxy with their combined experience.

They worked five months in 2017 and five months in 2018 photographing 2,936 frames to create a 4×4 mosiac spanning over five degrees or ten full moons. They used two computers to pre-process the frames and align the mosaic which was a process that took eight days with numerous reiterations to find the perfect alignment. They spent 620 gigabytes of data for two months to complete the project.

According to the Team Ciel Austral estimations it took 1,060 hours of exposure time with their 160mm refracting telescope and totally worth their efforts. The final photo measures 14400 x 14200 pixels and is a 204-megapixel masterpiece of color and depth.