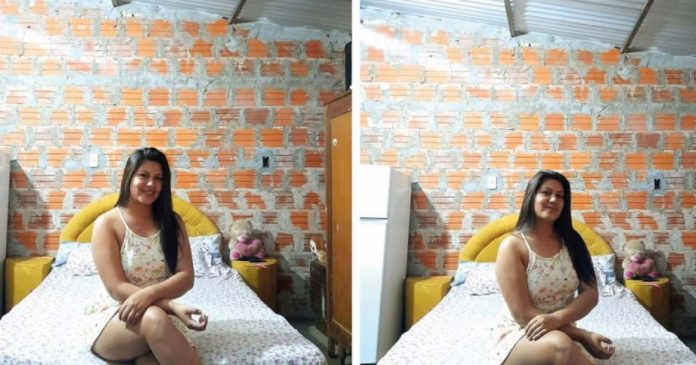 As people grow older, the desire to seek independence from their parents increases and the need to create their own path becomes paramount for young people, however wanting and being able are two different things.

Despite the efforts of parents to raise their children, provide them with shelter, food and in some cases education, the path they want to take is the same one that their parents took so many years ago, they seek the sensation and satisfaction of living alone as “adults”.

Analía Barrios, a 24-year-old from Paraguay, showed her family and the world that with hard work, responsibility and commitment, anything can be achieved, even a dream as unattainable as owning your own home.
Her desire or dream of becoming independent from her was more of a necessity than anything, since her mother was beginning to have difficulty supporting them both. Her family, like many in Paraguay, is low-income and lives in a humble place without luxuries.

It was six long years, where the young woman worked and saved to buy a house, with great humility, Analía lays in bed, hoping to decorate and furnish her home very soon.

“I don’t have plaster, you can see the perforated bricks and the sheet metal roof, but it’s still my house and I don’t depend on anyone”
The fact that she no longer lives with her mother gave her a new kind of freedom that she didn’t know, but she knows that her house lacks many things, but she dared to take the first step.

Analía Barrios’ story quickly went viral and showed thousands of young people with the same dreams as her, that as long as you are honest and determined, every sacrifice will be worth it.

In the same way, parents and adults were surprised by the fantastic results that the young woman obtained based on effort, feeling identified with her determination.