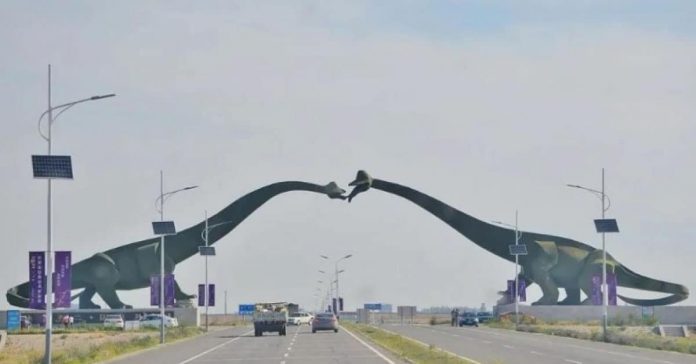 One can tell a lot about a friendship by how each of the parties involved treat each other. When we talk about very close friends, it is normal for them to show signs of affection, physical contact and even personal jokes. However, when we talk about people who do not get along, it is quite the opposite. When we talk to those who have a turbulent relationship, it is normal to see them reluctant among themselves.

Ironically, exactly the same thing happens with the countries of the world and this is clearly shown with the borders between them. In some, the border is technically non-existent, only a signal is shown, some sign that shows where one country ends and the other begins; in other cases there is a natural border, but on the other hand, there are borders that have large divisions created by humans or with barriers supervised by the military.

If you want to know how two countries get along with each other, check the borders between them and you will realize, now that a picture is worth a thousand words.

01.Residents of Arizona, United States and Sonora, Mexico playing volleyball on the border using the “wall” as a net.

02 .The border between Slovakia, Austria and Hungary.

03. The long dividing line between Norway and Sweden.

04. The Netherlands and Belgium.

05. Haiti and the Dominican Republic are distinguished by having radically different environmental laws.

06. Australia with the rest of the world.

08. Between Spain and Portugal there is a zip line difference.

16. This is the place where the borders of Germany, Holland and Belgium meet near the city of Aachen.

17. What we see here is a woman in the Lithuanian village of Norviliskes talking about herself with her Belarusian relatives across the border. This is what the border between Belarus and Lithuania looks like.

18. The border between Canada and the United States looks very different than the border with Mexico.

19. The border between Germany and the Czech Republic shows the two approaches to the concept of vegetation.

22. Let’s compare the lights between North Korea (totally off) and South Korea.

23. The Iguazú Falls which is the border between Brazil and Argentina.

25. Dinosaurs clashing on the border between China and Mongolia.