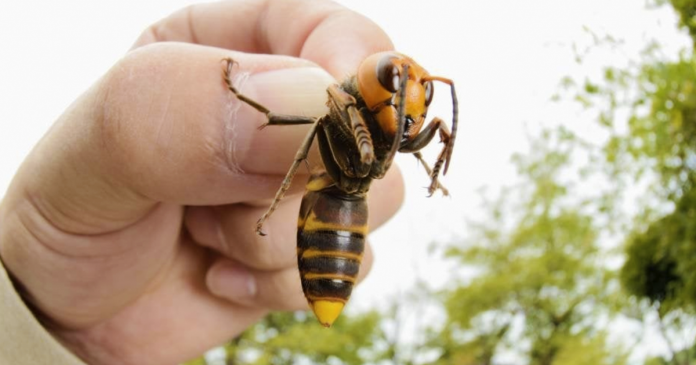 ‘Murder Hornets’ have been seen since early April

According to several reports on this species, which is scientifically known as ‘Vespa mandarinia’, the greatest activity is concentrated in the state of Washington.

In the midst of the pandemic that is sweeping the world, the United States now has to deal with this insect. Since November of last year, hundreds of bees appearing with their heads torn off have been reported , a serious problem as the US has seen the population of these insects decrease rapidly.

A month later the first sighting was detected in the state of Washington. After a period of apparent calm, this species appeared to reactivate again in April , as queen bees emerge from hibernation to build nests and form new colonies.

Murder hornets measure more than 2 inches, which makes them the largest wasps in the world . Also, if a person is bitten several times by these insects , they can die according to studies by Washington State University (WSU).

Several WSU scientists in conjunction with the Washington State Department of Agriculture and beekeepers are already working on ways to prevent the spread of this dangerous species.

To this day, there is no explanation as to how these sights, originally from Asia, reached the United States. They are considered dangerous because “they attack honey bee hives, kill adult bees, and devour bee larvae and pupae , while aggressively defending the occupied colony,” explained Seth Truscott of WSU’s College of Agricultural, Human, and Natural Resources Sciences. .

Washington state officials have asked that if one is sighted, it be reported immediately and avoid approaching the insect or its hive. ” Don’t try to remove them yourself if you see them ,” said entomologist Chris Looney of the state Department of Agriculture.

These hornets are most active in late summer and early fall, so we should start being more careful. Share this news to alert your neighbors in case a sighting is found in your state.