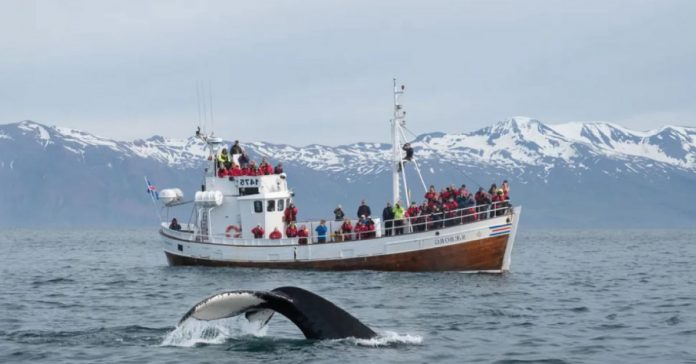 Whales are one of the most appreciated mammals since ancient times, either because of their large size or because of the value they represent, these animals sail the seas of the world and surprise everyone with their majesty.

However, poaching and commercial hunting have also been present, since the 20th century records can be obtained of the number of whales that certain countries hunted and that these practices have currently decreased.

Japan, Norway and Iceland lead the statistics as the most active nations in commercial hunting, although it is very unlikely that “the land of ice” will continue to do so. Everything seems to indicate that the country will not renew hunting licenses after they expire at the end of 2023, said the Minister of Fisheries and Agriculture, Svandís Svavarsdóttir.

In addition to the damage and danger that its capture and sale poses to the species, there is currently not much economic benefit for the country, considering the series of restrictions that arose in the pandemic and also that Japan resumed its activities in 2019.

“The current fishing rights will be valid until 2023. As before, whaling will not be allowed from 2024,” Svavarsdóttir, a member of the country’s Green Party, told the party’s official website.

In 2018, the companies of the Nordic country shared the hunting figures: 146 fin whales and 6 Minke whales killed, compared to Japan, the numbers are not so alarming but that same year they accused a group of whalers of sacrificing a rare hybrid of blue whale, species in danger of extinction and protected by many organizations.

Annually, Iceland has a quota of hunting 209 fin whales -the second largest- and 217 Minke whales -one of the smallest and most commercial-, but in the period from 2019 to date, very few have been killed.

According to Iceland’s fisheries minister, the demand for whale meat has fallen sharply and is no longer profitable, adding that there is little justification for continuing the practice.

It is worth noting that Iceland is one of the few countries that have formally opposed the ongoing global moratorium on whaling established by the International Whaling Commission in 1986 and received sanctions from the United States in 2011 for its whaling.

At the moment it is not a closed or definitive issue, however it will be addressed again to see what the country’s position is in 2024.