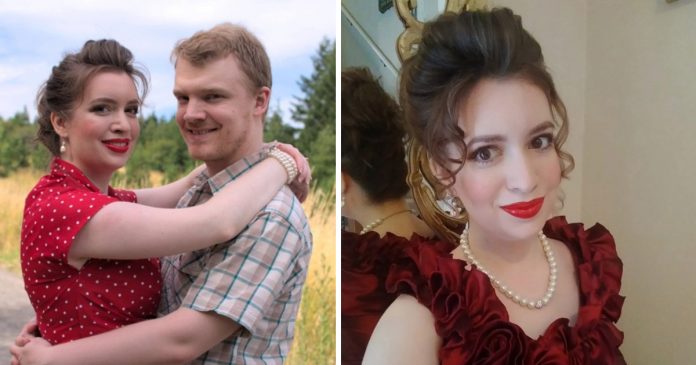 Women have been searching for their place in society for a couple of centuries because, due to technological progress at work, men ceased to be necessary due to their natural strength. Although in nature there is a very marked social architecture with a hierarchy of power based on force, this is radically changing . Thirty thousand years ago these hierarchies were logical, bodily strength was needed to compete against nature. But what happens when we are no longer competing with strength, but with intelligence?

It is then that the already archaic power structures can not continue to be the norm , but it is also true that we are nobody to tell anyone how to live their life if what they do does not affect us at all. This debate has been sparked by the popularity of the case of Katrina Holte who decided to quit her job to dedicate herself totally to her husband.

Dedicating oneself to the home is something that many women consider that this should also be buried in the past, but, as you will see, there are those who continue to defend getting rid of independence and embracing the role where the man is at the highest point of importance.

Katrina was 30 years old when she decided to quit her full-time job and began using her time to care for her husband on a daily basis. She is proud of her decision and believes that all women should at least consider following in her footsteps.

“Men should be pampered by their wives” is how the woman responds when questioned about her decision. Her husband, a 28-year-old engineering manager named Lars, receives Katrina ‘s undivided attention . She has not only decided to be a housewife, but she has decided to do everything in a 50’s environment, when, according to her, women had the sole task of taking care of their husbands.

“I feel like I’m living the way I always wanted to. It is the life of my dreams and my husband shares my vision.” He explains.

“I agree with old-fashioned values, like being a housewife, taking care of your family, taking care of the people who live in it, and keeping your house in excellent condition, so that everyone feels relaxed .”

Katrina ‘s day starts at 6:30 am That’s when she looks for the clothes that her husband will wear for the day and the iron so that as soon as he wakes up it’s ready. She also makes her breakfast and lunch that she will take to her work. After the departure of her husband, she dedicates herself to washing and tidying her house.

When Lars returns from work she already has dinner ready. After dinner, they use the remaining time to play board games, listen to music on vinyl or watch television programs. Katrina says that this is the life she always dreamed of.

Would you give Katrina ‘s life a chance ? Let us know in the comments! Do not forget to share this note with your friends to find out who else would follow in the footsteps of this woman.