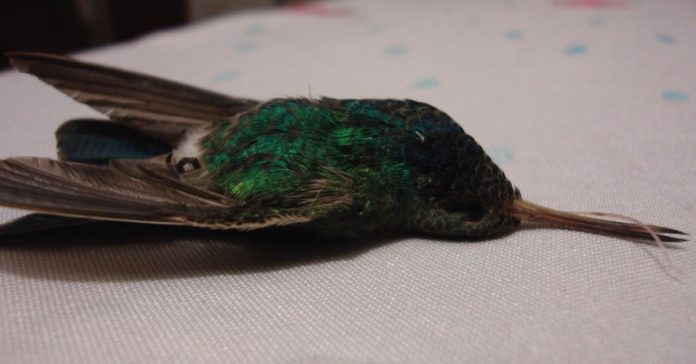 Despite being one of the most important pollinators on the continent, hummingbirds are being threatened by witchcraft in Mexico.

The hummingbird is one of the most beautiful birds that exist within the biodiversity of America. This little boy has many unique qualities, such as being the only bird that can fly backwards, is capable of pollinating, and is also the protagonist of one or another fantastic belief. However, it is precisely this last quality that makes it a target for superstitions and possibly leads to its early extinction.

In the Mayan culture it is believed that these little birds are messengers of the gods, so if one day you find one on your way, it is most likely that you are receiving a visit from a deceased being or the thoughts of someone important to you.

Although this is a pretty beautiful belief, in some communities it is common for hummingbird remains to be used to perform love rituals, the famous moorings. These practices of black or white magic use their stuffed bodies to bind the person you want to love you.

Despite the fact that the species is protected by the Ministry of Environment and Natural Resources (SEMARNAT), in the traditional markets of Mexico City they continue to be traded. It is known that in the Tulancingo Market their stuffed remains are offered for 250 pesos to perform witchcraft.

According to SEMARNAT, the hummingbird has been a protected species since the 1990s. In fact, the authorities created a space for them in the north of the country in Baja California, to serve as a breeding sanctuary for them.

It is known as Sierra la Laguna Biosphere Reserve . It is the largest in Latin America and is home to the most important population of Violet-headed hummingbirds and other species native to the peninsula.

Since its creation, the species has been protected by the Federal Penal Code. This establishes that their sale and hunting are crimes with applicable sanctions, since they threaten the biodiversity of the continent. Article 420 describes a penalty between 6 months to 6 years in prison, as well as a fine between 20,000 and 1 million Mexican pesos for anyone who “trafficks, captures, possesses, transports, and collects” specimens of the species. Even so, the hummingbird continues to be used for witchcraft rituals in the country.

There is no scientific evidence to support or support the use of any species for magical rituals to work. However, witchcraft remains the main threat to these animals and their presence in Latin America. If we add to this the continuous destruction and fragmentation of its habitat due to urban expansion, the survival of the hummingbird does not see the light at the end of the tunnel.

Why is this belief born in the current collective thought?

This was born in pre-Columbian times, since birds maintained a close relationship with pre-Hispanic traditions and rituals in Mesoamerica. Thus, the Mexican biologist, María del Coro Arizmendi, assures that the path for the recovery of the hummingbird in Mexico is quite delicate:

“According to the International Union for Conservation of Nature (IUCN), in our country there are nine threatened species, two in danger and six under special protection”

The specialist has been studying hummingbirds for more than 30 years. After several years, she has compiled the most comprehensive guide to date . After decades of study, she knows that hummingbirds are “extraordinary pollinators,” on whom at least 10,000 flowers in North and South America depend.