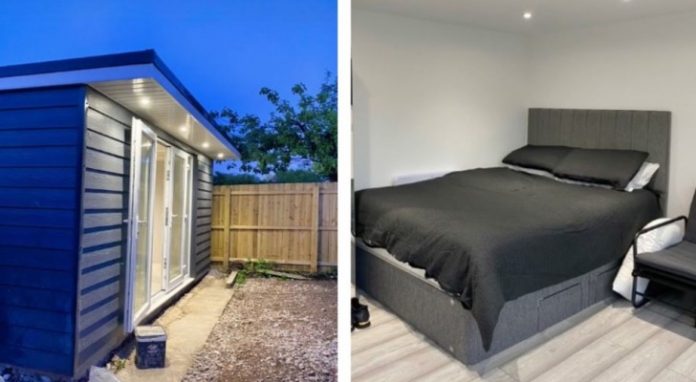 Some parents would like their children to be with them all the time, would like to protect them and never be separated from them. However, this is not possible, because as we grow up, we begin to need our own space and independence. This is why, at a certain point in one’s life, one feels the need to move away from the family home and to have one of one’s own. Moms and dads will no doubt be happy with this choice, but at the same time they will want to keep their “little one” by their side all the time.

To prevent her son from straying too far from her, this mother has chosen to build him a small house in the garde

This mother’s choice was made public by a video, which she posted on Tik Tok, on her fromhousetohome4 profile . The video also comes with a caption in which she explains that she would like her “child” to always stay with her: “When you don’t want your child to leave your house… you build one for him in the garden.”

The woman was not ready to part with her teenage son, so she struggled to find a solution so she could always have him by her side. After careful consideration, she found the answer build him a house in the garden.

The result was optimal, because the house is not only very beautiful, but above all equipped with all the comforts and conveniences: kitchen, bathroom and bedroom. All of this just yards from her parents’ house and it cost just £7,000. The most interesting aspect is that there was not even a structure there before. She was built from scratch, but it was possible because her husband owns a construction company.

The original idea aroused a lot of curiosity among users, who immediately complimented the woman: “a beautiful little house” or “I love this idea, I would like to do the same with my children”.

This mother’s attitude is not unlike that of many other mothers who would never want to be separated from their children, but would always want them with them. This can be a real solution to give your children more space without giving up their proximity.

Would you have done the same?