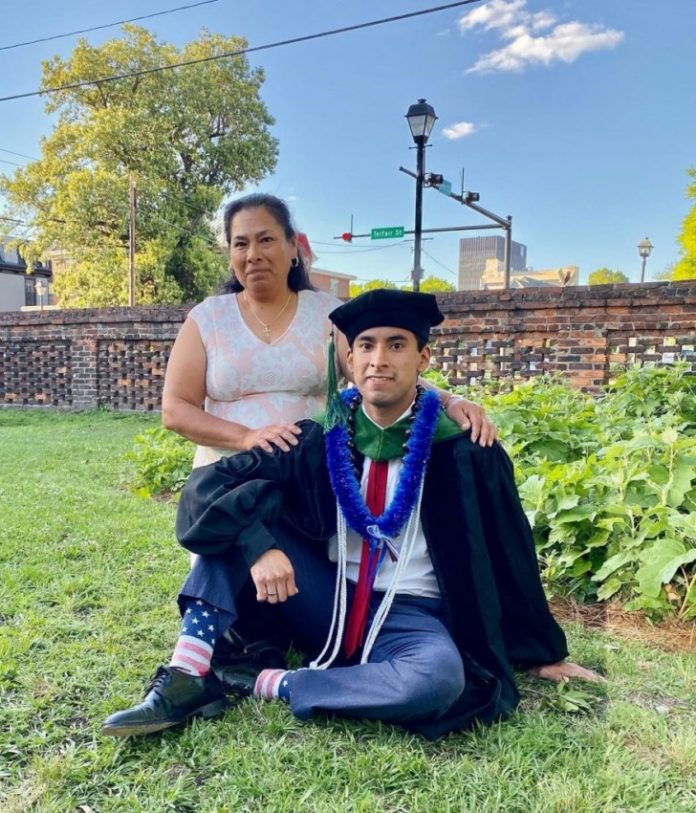 For every student, graduation day is a very important day. Finally, after years and years of sacrifices and nights spent on books, the long-awaited goal is achieved. It is also true that the young graduate is not the only one to be at the party: at his side are his parents who, by their support and their love, have largely made it possible to achieve this objective. Sometimes, however, the efforts of parents to educate their children are truly remarkable and worth telling. The story of Erik Martinez and his parents, Loreto and Marcela Juarez, is one of them.

In the early 1980s, Loreto and Marcela Juarez went through a very difficult period in their lives. Things are not going well in Mexico, so much so that the couple has to flee and travel to the United States. Once they crossed the border, they found refuge on a small farm in rural Georgia. After years of hard work, they obtained US citizenship and things started to go well enough to raise five children. Despite a modest salary, the unconditional love of parents for their children has never been lacking. Erick Martinez Juarez, the couple’s second child, decided to reward his parents’ efforts by enrolling in university .

Seeing his parents working hard in the sun, Erick decided to put the same dedication into his studies, with the goal of making his mom and dad proud and helping them have more comfortable lives, honoring every sacrifice made for them. him and his siblings. Erick never ceased to amaze his parents by becoming the first Hispanic student to graduate from Bainbridge High School and then becoming the first person in his hometown to graduate from college.

After every exam and every personal victory, it was very important for Erik to return to the field in which his parents made a living as a child. For him, this small gesture is a way of thanking the hard work of his mother and father, who left Mexico to give their children a different life. Remembering his roots has always been important to the young student .

“I was able to transfer this work ethic from the fields to the books,” he said. Erick carried on this tradition until one day he graduated from the Medical College of Georgia at the University of Augusta. He is now a neurology resident at UCLA Health. For him, a medical degree is not only an academic achievement but redemption for him and his parents. And it is for this reason that he decided to celebrate it in a very personal and intimate way: by returning to the fields, with his parents, dressed in a toga and a hat .

“I wanted to honor my parents by showing my friends and the world how strong and unconditional parental love can be,” Erick said. “For me, there is no better way to celebrate than to show the world how far my family and I have come from the day we immigrated to America until today”, concludes the young graduate, eyes shining with emotion.

We can only wish this young graduate and his incredible family the best!