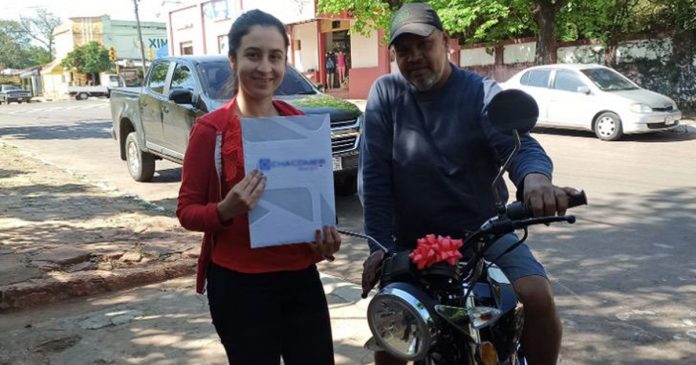 Studying is a privilege, no one can deny it. Being able to count on enough money to be able to pay for studies is something that hundreds of people dream of.

The work that parents do to help us study takes on a very different meaning then. Paraguayan Diana Pérez knows that, so she decided to thank her stepfather in a unique way.

A father’s love is subjective. ” Derlis “, as Diana calls him, adopted the young woman when she was 1 year old and he is proof that the father is not the one who begets, but the one who educates. Diana shared her heartwarming story through a Facebook post.

«Crying I went into my room (…) until this man approached me and told me: ‘I’m going to work until my fingers hurt, but you’re going to study Law and Notary. They do not know the smile that put me on my lips and I was the happiest daughter »It is read in the post.

Diana approached her parents to tell them of her desire to study at the university and not only wanted to enter Law, she also longed to study Public Notary. Don « Derlis »was a shoemaker who decided to take on a heavy workload in order to give his little girl a future.

“I never let my parents down and successfully completed my careers. Life gave me revenge and today I can give them a little of what they gave me» Diana described.

« Derlis » is not only a shoemaker, his heart is so big that he even has time to manage a shelter for abandoned dogs, that is why the motorcycle that Diana gave him as a thank you will be an important tool to continue his work as a shoemaker as a dog rescuer.

“He gave me two college degrees and I give him this one. Congratulations to the most noble lord »Diana closed in her publication.

Do not leave without sharing this beautiful story of gratitude. Have you thanked your parents for helping you with your studies? It doesn’t matter if it’s not with something material. Appreciation is shown in many ways.