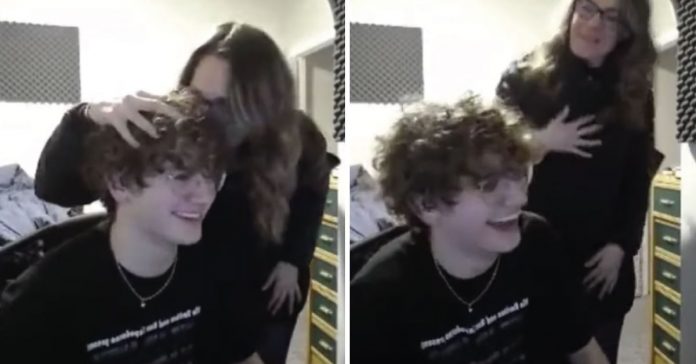 “There are 9 people right now. 9 real human beings! You can believe that? Imagine if there were 9 people in this room. That would be crazy,” said NateBosa, who later endeared himself to the internet and now has more than 37,000 followers.

Over the years, social networks and the media have become more widespread to reach all kinds of audiences. Thus, streaming platforms, where live broadcasts of games, events and different activities are made, streamers have achieved worldwide fame and large amounts of money.

However, with the same diversification and great reach of social networks, it also brings great competitiveness for content creators who seek to position themselves among the most popular. For this reason, it is normal for us to see influencers or internet personalities constantly renewing themselves to attract new audiences and, above all, not to lose the ones they already have.

One of the youngsters struggling to find a place among internet celebrities is NateBosa, a newcomer to streaming platforms who, according to Level Up, went viral. The boy’s reaction was recently shared due to his honest and sincere reaction to discovering that there were 9 people watching his broadcast. The boy’s emotion was unmatched and he decided to celebrate with his mother, since he had never reached that number of viewers before.

While these numbers are actually considered lousy and insignificant for the career of an aspiring streamer, who doesn’t leave any money behind, for him it was a huge achievement.

The boy was so excited that he called his mother who was at home. As she walks in, the woman greets the audience and then they both share in the excitement of the moment: “Hi everyone, I’m Nate’s mom. I know I look too young and too cool, but I’m Nate’s mom ,” she said.

“There are 9 people right now. 9 real human beings! You can believe that? Imagine if there were 9 people in this room. That would be crazy ,” the young man exclaimed.

One of the things that motivated the boy the most is that one of those 9 people saw him from South Korea.

The emotional reaction of the boy quickly spread through social networks, who were moved by the fact that he celebrated with his mother. For that reason, NateBosa went from having 3,500 followers to over 37,000 in less than a day.