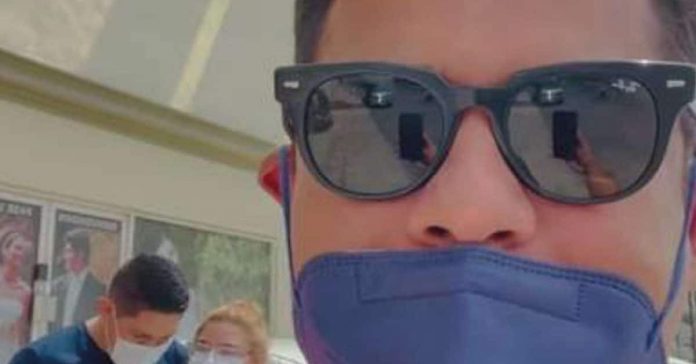 James Flores, a Nuevo León resident, called off his engagement and found a couple who bought him everything he had hired for the ceremony.

Recently a young Mexican from Monterrey drew the attention of the local media after selling everything from his wedding on Facebook. The package that he had contracted with an event planner for his wedding was transferred to another couple, as James Flores canceled his engagement with his girlfriend. He was looking for a mother for his three children and from her perspective, the woman he was in love with did not want her children and did not want to help him care for them either.

When James realized this, he discovered that she was not the right person to become his wife. By breaking off the engagement, she had to sell the package bought for the wedding. This included a space for 200 people, a two-course menu, soft drinks and other varieties for her guests.

The whole thing cost him just over $4,327, but in order to get some of his money back as soon as possible, he had to drop his price to $3,019. Fortunately, she managed to find another couple who wanted to buy her ceremony before the date arrived. James I wish you the best of luck.

Those who came across the post on Facebook did not hesitate to ask him why he had canceled his event. It was there that James explained to them, through several videos , that her fiancée “did not want to take care of her children” and that is why he broke up with her. He said that he still loves her, but that she did not support him in raising her children. He accused that he did not give them the attention that he as a father wanted to see in the mother of his little ones.

“IF SHE DOESN’T LOVE MY CHILDREN, I CAN’T AGREE TO MARRY HER. I LOVE HER VERY MUCH, I LOVE HER AND I RESPECT HER, BUT AS A MOTHER TO MY CHILDREN SHE IS NOT THE PERSON I WANT. (…) MY CHILDREN COME FIRST AND I PREFER TO STAY AS A SINGLE FATHER” DECLARED JAMES FLORES.

However, despite the fact that he told his story with the best of intentions, many netizens left negative comments and criticisms. Some argued that she did not have to have responsibility for children that were not hers. Many others said that what he was looking for was not a wife, but a nanny.

We cannot know what this boy’s true intentions were with his fiancée. While there are those who argue that women should stay at home to take care of the children, there are many others who know that many women do not want this for their lives. But what we can say is that for James, his children come in a package with him.