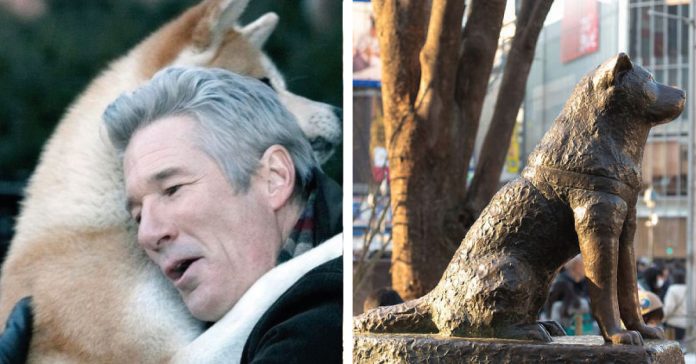 Hachiko’s unconditional fidelity pierced history and touched the hearts of thousands of people.

The unconditional love of an animal towards a human is undoubtedly one of the purest displays of affection in the world. This loyalty has been the source of inspiration for hundreds of truly beautiful stories. In ancient Greece, the loyalty of dogs was valued, let’s take as an example the myth of the dog Argos, who despite the years, recognized Odysseus after his long absence.

In real life there are hundreds of stories like this, but without a doubt none is like the one about the Japanese dog Hachiko. He patiently waited every day for the return of his owner every afternoon at the train station. However, the man had died on one of his trips, which caused Hachiko to never see him again even though he continued to wait for him at the station for the rest of his life.

Hachiko was a dog of the Akita Inu breed. He was born on a farm in 1923 and was later adopted by Hidesaburo Ueno, a professor of agriculture at the University of Tokyo. The two soon created a daily routine, where Ueno and Hachiko would walk to the Shibuya train station together. There Ueno would say goodbye to Hachiko before getting on the train to go to work.

Soon, the people of the place began to recognize Hachi. Local merchants and station workers kept an eye on him as he spent the day waiting for Ueno to return, often giving him treats.

This routine continued for several years, even when one day the teacher did not return to the station and never came home after work. Hachi had no idea that his owner would never come back, so he kept waiting for him at the train station. As if it were an English clock, every day when the train appeared, Hachiko also did so in search of Professor Ueno. Her fidelity earned her the nickname “the faithful dog”.

Although Hachiko lived in the 20th century, her story continues to inspire thousands of people today. Her story has resulted in several memorials in her honor and even a documentary film released in 2009, which you surely know and made you cry like a cupcake. All of this is proof of the incredible bond that the professor and Hachi created.

If you ever travel to Japan, you should not forget to visit Shibuya station and take a photo with the famous Hachiko statue.