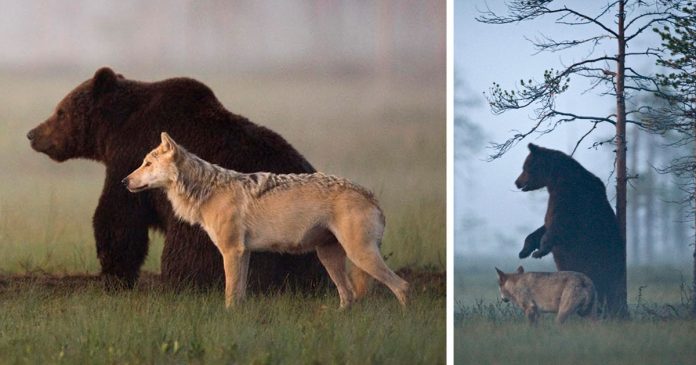 A Finnish photographer, Lassi Rautiainen has captured some amazing photos of this cute and unusual friendship. A grey wolf female and a brown bear male were spotted every night for ten days straight. They were spending some hours together between 8 pm and 4 am and they even shared food with each other.

The photographer said: “It’s very unusual to see a bear and a wolf getting on like this. No-one can know exactly why or how the young wolf and bear became friends. I think that perhaps they were both alone and they were young and a bit unsure of how to survive alone…It is nice to share rare events in the wild that you would never expect to see.”