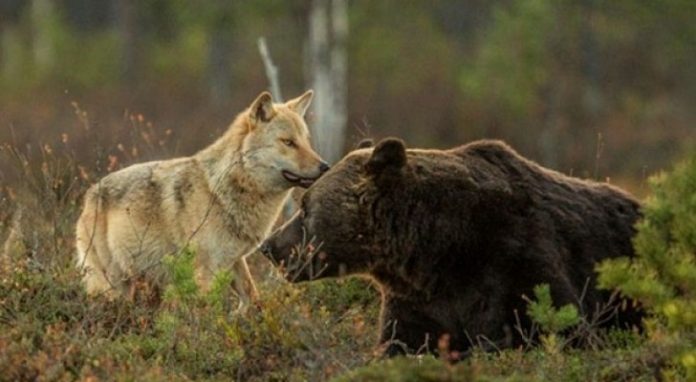 They shouldn’t be friends, but they are. Finnish photographer Lassi Rautiainen immortalized the friendship between a bear and a wolf . Surprised by the strange duo of friends, he followed them for 10 consecutive days, day and night : the two were always together and even shared meals.

A wolf and a bear: friends to the point of dividing a prey.

Photographer Lassi Rautiainen followed them for 10 days in Finland.

No one knows when the two first met…

…and the reason why they are so close.

The photographer said he saw with his own eyes scenes deemed impossible: they slept together, hunted together and shared meals.

The friendship between the wolf and the brown bear is somewhat reminiscent of that of the “Jungle Book” between Akela and the bear Baloo.

The wolf is a female, the bear a male: perhaps they are simply linked by an unusual love bond.