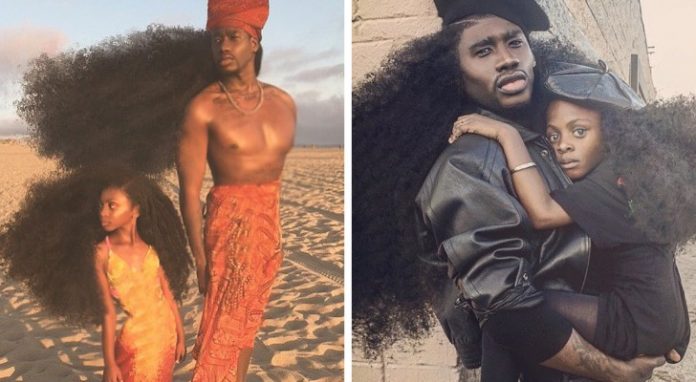 Benny Harlem is a famous singer, writer and model, but among his thousands of obligations, he is also a devoted dad : the bond with his daughter is very special, and this selection of photos will prove it to you. You will be able to appreciate the natural beauty of the father and his little daughter and you will be “touched” by the bond that unites them: eyes that shine, complicity , an invisible thread that unites them deeply. Benny feels he has an important role, a role shared with millions of other parents: that of educating future generations, of being able to somehow control the destiny of the world by giving them a good education.

Fatherhood is a miracle, it’s an honor.

The only concern I have for my daughter is her character: I am teaching her to always demand respect.

She’s a beautiful little girl and will be a fabulous woman, but it’s important that she loves herself first.

In the meantime, I will be my daughter’s keeper.

For me, my daughter is on a pedestal: my daughter has learned to love herself, after that it will be easy to give love in friendships and other relationships.

I couldn’t go on without my daughter’s light. The seeds sown will always grow taller if we continue to water and nourish them.

Parents will always learn something from the divine light of children.