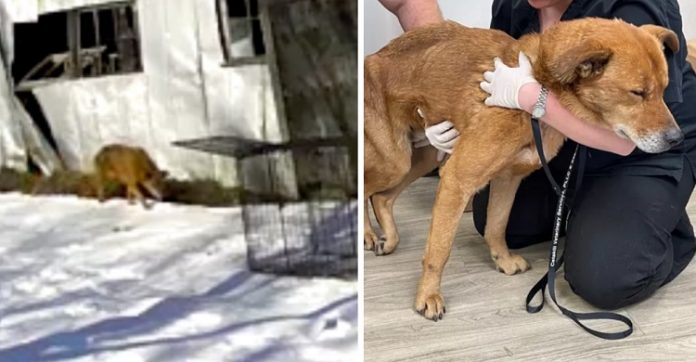 One of the most fascinating sensations that human beings experience is being reunited with their loved ones after a long time without being able to hug them. Salvatore Della Monica recently experienced one of those splendid and comforting moments . But not with another person, but with his dogs, who were lost for more than 7 months .

When Salvatore Della Monica adopted Teddy, he never thought he would grow so attached to him. Seeing a post on the Facebook social network about a puppy which had been injured by other animal bites. And that he also had current traumas due to lack of trust, she never imagined that that dog would become part of his family in such a significant way . The man traveled to the shelter where the puppy was, in California, United States, and upon seeing him the connection was immediate . He crossed the country with him to settle in New York, the city where the Della Monica lived. One weekend, the family decided to take a trip to Pennsylvania, a city near theirs.. Obviously, since the dog, which they named Teddy, was already part of the family, he was included in the adventure.

They did not think that everything would turn into tragedy. The dog, who was already used to his new home in New York, became disoriented when he arrived on his short vacation in Pennsylvania . When trying to recognize the place, Teddy while walking on his account, got lost and his owners never saw him again . The Della Monicas, despite posting every possible notice about the disappearance of his pet, never found his whereabouts. The family had already given the cause for lost, since Teddy had lost his way in an unknown city and 7 months had already passed since that disastrous vacation . But a miracle happened. The little dog, nobody knows how, traveled 130 kilometers to reach New York .

Once he arrived in the city, he was found by a foundation that verified the microchip that the puppy had inserted, being able to identify that it was the pet of the Della Mónica family . Shelter members took Teddy to where he had his long-awaited reunion with the family that he graciously adopted . After 7 months Salvatore was able to hug his dog again, miraculously . Today Teddy is in a recovery process, since after living on the street for half a year, his health had deteriorated considerably .

Share this reunion story with your friends and family. So that they never lose hope of being reunited with their lost pets.