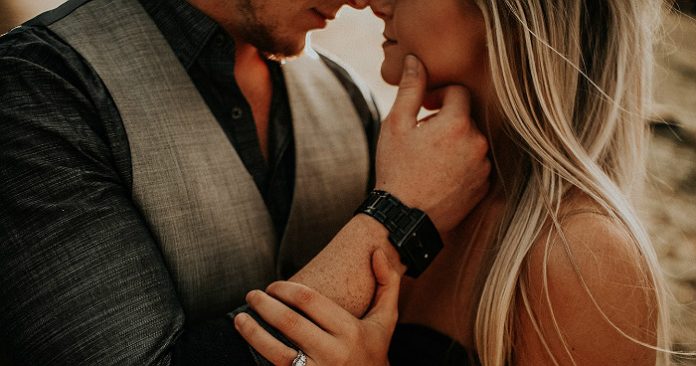 As we all know men are less emotional than women. They can do without an external display of affection.

Here are some facts that men will love to hear from his women.

Men always like to compliment their partners and say that they are beautiful. But the word ‘handsome’ will give the men an amazing feeling. This word gives men the confidence they need. As they try to look good, they love to hear the word.

They work hard like a mule towards ambitions and goals and they’re also not complaining about it. But they are extremely tiring. If their partner can give reassurance that they make them proud, they really love it. It can also drain off all exhaustion and charge them back to full power.

Men build their bodies by working out and striving to get difficult abs and biceps. Their motivation sways when they are eating healthy and trying to become men. But if you can give a simple notice of the difference in their physique and an acknowledgment, it can make them go pumping again.

Men are the first ones to make the first move, slip in the sensuous touches and initiate sex. So, they feel that they are the ones doing everything. They also want to be loved by you. They would reassure that they are wanted by you with a bit of initiation from your end. They love it a lot.

Men love to satisfy their women. They want to learn about your wants and be the best lover. They get the confidence booster that they need with an assurance that they are hitting the right spot. They’ll become better if you encourage them more.

Men are weak at communicating. They keep things to themselves and solve it even if it’s frustrating. They like to tell their problems if they are willing to listen. Listen to your man if he has something to tell. He likes to open up himself in front of his special person.

As we all know it’s difficult to trust people. The trust is the foundation of a relationship. It is said that men can’t be trusted and somehow, we have begun doubting ourselves too. That has made us insecure. It’s really enough for men to hear that saying their partner trust them. They will keep your trust until the end of days.

Make them trust you too while making your man believe that you trust them. Make him secure about the relationship.

Say Thank You to your man for even small things such as bringing takeaway home or making coffee just for you. ‘Thank You’ can bring a note of appreciation that speaks volumes.

Every man values respect as it makes them feel valuable. They love being respected by brothers, friends, colleagues and specially their partner. Every relationship should have the respect as it cannot exist without it.

It’s like being empowered by a strong support system by being committed to someone. If you support them, any decision they take will be strengthened tenfold. Your opinion can make them know that they are on the right path.

They love to be appreciated. They want to be the best version of themselves, to work out, to be protective to the ones who they care for and to love, they cover a lot of sides. So, a little appreciation will make their effort worth.

Seeing their woman happy is one of the ultimate dreams of a man. They’ll do anything to make you laugh as your happiness is his priority. By being acknowledging that they have made your world a bundle of joy, they’ll be really happy.

Your man also needs love and affection as much as you do. You can fire up your man’s ambition and happiness and build a much better mutual relationship by making a point to put these little efforts into your relationship. So, give it a try.