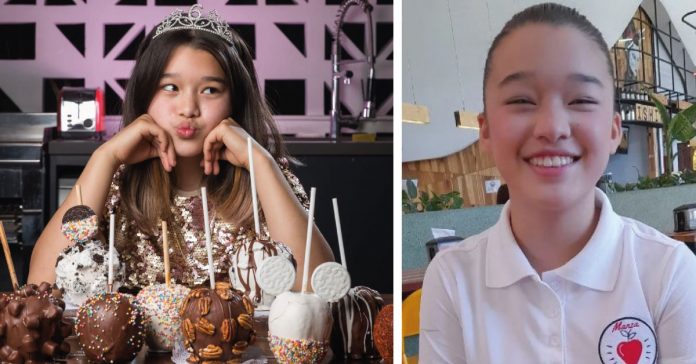 A 15-year-old party is what many Mexican girls dream of, it is even a tradition that has crossed borders and in Latin America, and in regions of the United States or Canada they also celebrate young girls in style.

Keren Salas is a girl who, instead of asking for a big party for her XV, asked for help to start her own business. What started as a small idea without much support is turning into a business that will give her many tools for her future.

The 15-year-old girl is making national news for being such a young entrepreneur, in fact, recently, she opened her place called “Manzamanía” and everything seems to indicate that it is a success.

The praise has not been long in coming and the good comments on social networks encourage it to continue reaping good sales.

It is important to mention that Keren has sold enchiladas or sweetened apples since she was 7 years old, but she never did it formally, however, she always dreamed of becoming a businesswoman. With patience, she did everything until her wish came true.

«Set things up, the 15-year party lasts only one day. Yes, we were planning it and after a month I told them, no thanks, I better start a business and a month ago the opportunity arose, and here we are!

What began in the streets and parking lots of Ciudad Obregón, Sonora and in Tijuana, Baja California, now has the form of a business. Thanks to the support of his parents, he was able to make Manzamania open its doors.

Her mother, Ivonne Zayas, said that her daughter’s interest in business dates back to her childhood and that even though at that time Keren only had fun with sales, when she presented her project to them, she knew that her daughter was speaking very seriously.

Both parents did not hesitate to support her and believe that they made the best use of the money that was destined for her XV years party.

Keren offers a very varied menu, they are all apple-based desserts and can be sweet or spicy.