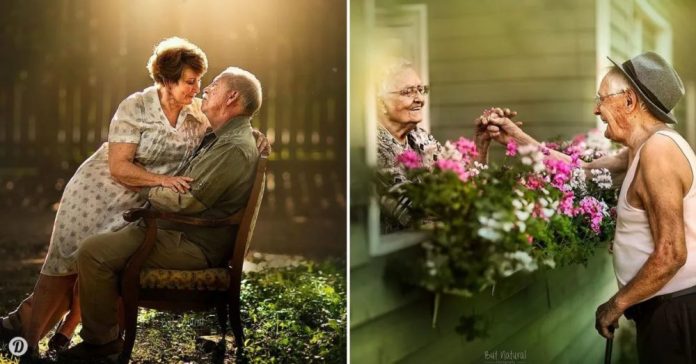 Engagement photoshoots are something that is extremely common among newly engaged couples. We see many photos of younger couples. But there’s one photographer who realized that older couples deserve to have their love captured, too.

She divided her work into 2 parts. She said: “I spent one half of my month photographing my clients the way they wanted me to and the other half was dedicated to requesting elderly people like grandparents and great-grandparents (who I would invite via model calls or would randomly approach in public places) to come and be photographed by me with their grandkids. On one such shoot in Houston, Texas, this year, I noticed that while I was photographing one grandparent with their grandchild, the other grandparent was just standing silently in a corner. So, for the sake of their memories together, I asked both grandparents if I could do a couple’s photoshoot… and I haven’t stopped doing that now. Whichever country I visit, I make sure I photograph elderly couples there together and I cannot express how fulfilling these love photos has been for me. The stories I hear of their lives together… and the pure and honest true love that I witness in the course of these shoots is just beyond amazing. “When we were young, we had so much around us to distract us. Expressing love has always seemed to be so rushed… so incomplete. But now that we have only each other, this real love, this companionship is all that matters,” one of the elderlies said to me.”