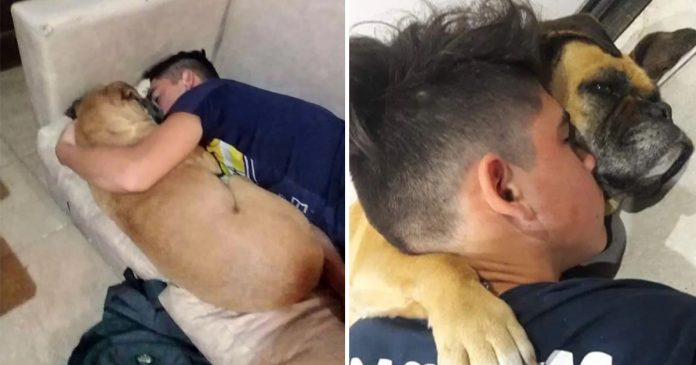 It is very normal that in the past dates of the end of the year you have heard fireworks everywhere. Even you yourself could get to use them. Although it can be fun to watch, year after year there is more awareness of how dangerous it is to use them and more for our pets.

One of these cases happened last 2019 with the unfortunate death of a dog named Magui. It happened at the end of December two years ago when this note was written and it is worth remembering it for what happened and making it aware of it.

“She died in my son’s arms, begging me to call someone to come help her. Unfortunately we are mourning her with the broken hearts of my children and mine too, for not being able to do anything,” said Antonella Modasjazh.

The events took place in the city of Esquel, Argentina and caused a stir in the way the events unfolded. She left this life embraced by her owner, he did not detach himself from the dog at any time.

“She was our beloved pet! She was called Magui and she just died. She was old and she was terrified of fireworks. We didn’t know where else to put her while others were having fun, she was having a really bad time. She had an attack, we called all the veterinarians in Esquel to help us, and none of them attended us! », Antonella Modasjazh denounced on social networks at that time, told Infobae.

The organization Adopt, Sterilized, Educate (ADAE) has supported the position of Mrs. Modasjazh and urged the general population not to use fireworks at any time of the year: « Your fun stunned her, terrified her, generated an inexplicable panic. Your amusement killed her. Magui died in the arms of her owner. Her family was heartbroken, anguished, powerless in the face of such injustice » , reads the organization ‘s publication .

“The dog died in my son’s arms, begging me to call someone to come and help her. Unfortunately we are mourning her with the broken hearts of my children and mine too, for not being able to do anything. I ask you, please, two things: zero pyrotechnics; vets, go to the ER,” added Antonella Modasjazh.

Unfortunately these cases can continue to be repeated if we do not do something for our pets. Share this note to raise awareness on this topic.