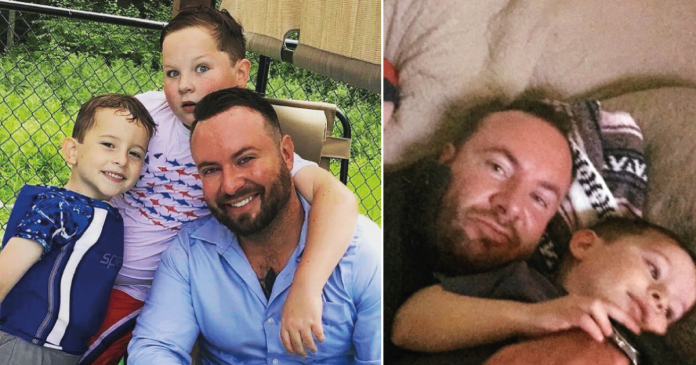 ‘Love What Matters’ is a page that is dedicated to sharing content to celebrate love in its different forms, this time they presented the story of a father of two little ones, in which he explains why he continues to have details with his ex-wife despite of their separation.

Billy Flynn Gadbois, 39, described everything he did on his ex’s birthday: “Today I got up early and bought flowers, cards and a present for our children to give him; I also helped them make breakfast.”

For him, it was extremely important to show the children that the chivalry and respect towards their mother had not been lost and that in the future they should also behave up to the task.

Many people are surprised by the unusual action of the father, no one expects that after a divorce, he will continue to do things for her, after so many questions, Billy, clearly upset, expressed the reason that motivates him to do so.

“I’m raising two little men. The example I set for you, of how I treat your mother, is going to significantly shape how you will view and treat women and their relationships tomorrow. I think even more so in my case, because we are divorced»

That is why Flynn Gadbois considers it relevant that the behavior of children begins to be shaped from an early age, he also thinks that it is the job of parents to rethink how they approach the way of relating to their children despite facing a problem. or family crisis.

The history and parenting style of this man is a clear example that children should always be a priority when a couple separates. The problems of the parents must be left behind for the good of the little ones.

If you were in the same situation as Billy, would you do the same for your ex? Tell us in the comments what you think.