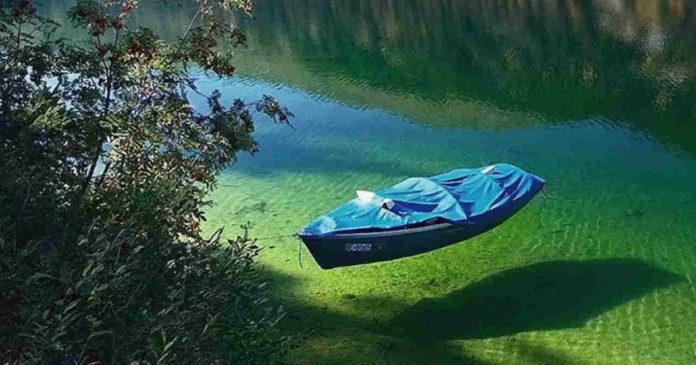 This lake is located in the south of New Zealand, in the Nelson Lakes National Park. It is a small lake compared to others found on the island. The locals can’t help but be amazed at having one of the clearest waters in the world. Some tribes even consider it sacred. It’s called Rotomairewhenualo and despite how beautiful it looks, it can be deadly for those who want to swim in it.

No one goes camping or swimming, out of respect for the culture of the local tribes. To get to this place you need to walk for two days from the entrance of the park, although many also arrive by helicopter. The tribes actively defend this lake, no use of violence has been recorded but the local authorities do not rule it out.

This lake is within the area of ​​the Ngāti Apa ki te Rā Tō people, who protect the Rotomairewhenua, which in the Maori language means “The Lake of the Peaceful Lands”. Only a few have been able to enter this lake, such as the environmentalist and photojournalist from Denmark, Klaus Thymann, who obtained permission from the Maori people in 2013 who entered to take photographs of the site.

The visibility of this lake can vary between 70 and 80 meters, surpassing the record held by Lake Waikoropuru, also located in New Zealand, with 63 meters.

“THE CLARITY IT HAS IS EXTREME, PERHAPS ONLY THE SOUTHEAST PACIFIC NEAR EASTER ISLAND EXCEEDS IT,” COMMENTED ONE OF THE SCIENTISTS FROM THE NIWA NATIONAL CENTER.

Currently this lake is still under the control of the Ngāti Apa ki te Rā Tō tribe, and they continue to prohibit the passage of curious foreigners who approach it, which is warned by the country’s authorities. Would you dare to go inside to look for it? Let us know in the comments! Share this note with your friends so that they too admire this lake.