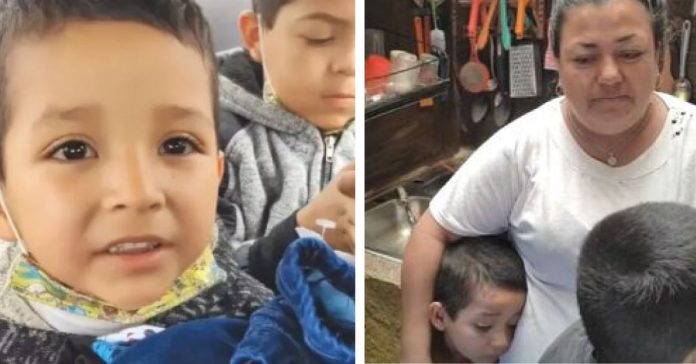 Selfless acts are the most valuable because they are born from love or kindness, without expecting anything in return. For some strange reason or perhaps because the human being has a weak point, the stories that involve something similar have the most impact and reach on social networks.

A few days ago, Lupito’s wish to see his father again for Christmas was revealed through a viral video shared by the @rubencerquinz account , but it seems that it did not work, however, he could have some beautiful celebrations with your family.

The account is dedicated to helping low-income people, so the fact that he shared his story in a video made it very special.

In another episode of naivety and childish kindness, Lupito expressed his desire to sell his toy (a ball) to help his mother get food, since right now she is unemployed. The person in charge of recording Lupito asks him what his request is and the boy answers that he wanted milk and bread for his brother instead of money.

In the end, the boy finds a place where he can sit and talk to reach an agreement that ended in the sale of the ball and also help in whatever way he could.

Many netizens began commenting on the video, concluding that it had moved them deeply, though some doubted the veracity of the entire story.

However, it did not stop there, others also doubted the veracity of the entire story of Lupito. The organization Héroes sin capa was in charge of delivering it as a nice surprise with a pantry and some toys.

They also wanted to reward Lupito for the good deed of wanting to help his mother and they wanted to bring him useful things like school supplies and shoes, they even gave him a bicycle so he could play.