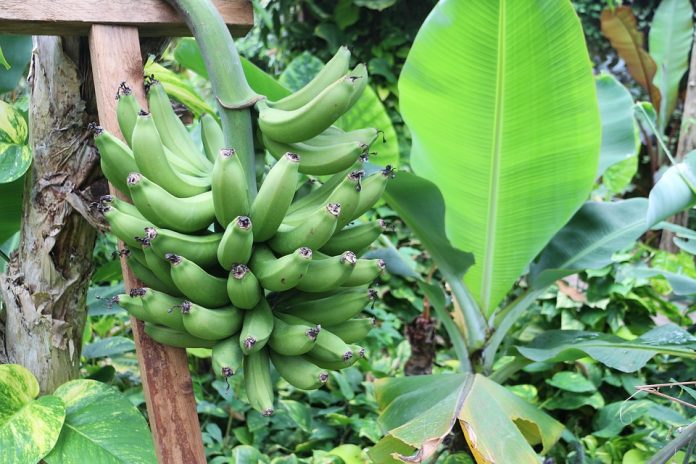 We all wonder a tomato is a fruit or vegetable, but have cuisine connoisseurs ever thought to question certain designations for other fruits, even bananas?

Banana is a fruit and it’s not commonly known as a berry. Even though all berries are fruits, not all fruits are berries.

The difference between fruit and berry, botanists define a fruit as the portion of a flowering plant that develops from the ovary and vegetables are pretty much any part of the plant that isn’t considered a fruit.

According to botanists any fleshy fruit, without pit, from a single flower containing one ovary to be a berry.

Jernstedt told Live Science, “Botanically speaking, a berry has three distinct fleshy layers: the exocarp (outer skin), mesocarp (fleshy middle), and endocarp (innermost part, which holds the seeds). For instance, a grape’s outer skin is the exocarp, its fleshy middle is the mesocarp and the jelly-like insides holding the seeds constitute the endocarp.”

A berry must have more than one seed in addition to the three layers of skin.

Banana meets all above the criteria: A yellow peeled, white fleshed, seed carrying.

Tomatoes, pomegranates and kiwis are also unusual fruits that are also berries.

Cherries, plums and olives are not potential berries, along with other fruits containing one central stone.

Strawberries and raspberries aren’t really berries in the botanical sense either as they come from a single flower with more than one ovary, making them an aggregate fruit.

It’s unbelievable that fruits with “berry” in their name wouldn’t be berries at all… but a banana would be.

Berries grow on herbaceous bushes or shrubs and not on trees. The banana “tree” contains no woody tissue. It just consists of layers and layers of leaves furled around one another form a “false stem” that can be as much as 12 inches thick and 40 feet tall, making it one of the largest “herbs” on the planet.