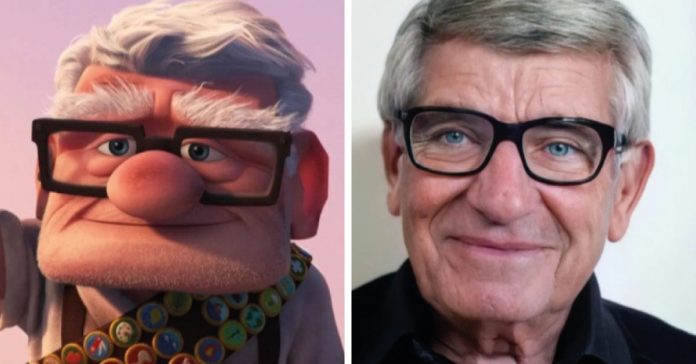 With the Disney studio planning to film all of its classic cartoons in the near future, the trend of recent years to humanize everyone in line has come in especially handy. Also, networks and technological advances allow you to do this more and more realistically.

With the help of Brazilian artist Hidreli Diao and her incredible ingenuity, we show you what some famous cartoon characters would look like in real life if their fairy tale reality existed.

In this article we made a perfect selection of the best comparisons created by this artist, I hope you enjoy it as much as we do.

Many will have in their minds the moving story of Aurora, the young woman who, when she turned 16, was cursed by the fairy Maleficent. The princess fell into a deep sleep from which she would only wake up with the kiss of her true love.

It is an animated and adventure film that leaves us as a lesson since Mulán decides to pretend to be a man to go to war instead of her father, that with perseverance, patience and sacrifice you can achieve what you set out to do.

Joseph ” Joe ” Gardner is the main character in Soul. He is a music teacher in a secondary school.

4.The evil queen from “Snow White and the Seven Dwarfs”

She is one of the main characters and is the villain of the film. She is Snow White’s evil stepmother. Although she is a beautiful woman, she is cruel and arrogant, and cannot bear that there is another more beautiful than her.

Jasmine is a dreamer who loves her pet. She is free spirited, trusting and kind. When she meets Aladdin, she discovers the wonders that she used to have in the world.

6.Ursula from the “Little Mermaid”

She is the witch of the sea and the most beautiful, sexy and exciting woman that exists, and there will never be a perfection of such magnitude as that of Úrsula .

7.Ariel from the “Little Mermaid”

He is the main character in the 1989 animated film, The Little Mermaid.

9.Moe from “The Simpsons”

He is a fictional character from the animated television series The Simpsons, owner of Moe’s Tavern.

She is the main protagonist of the 2010 Disney film , Tangled. She is the crown princess, known for her long, magical, golden hair.

11.Milhouse from “The Simpsons”

He is a fictional character from the animated series The Simpsons, he is Bart Simpson’s best friend, they are in fourth grade together at Springfield Elementary School and in addition to this he is madly in love with Bart’s sister.

12.Carlos Fredricksen from the movie “Up”

He is the protagonist of the movie Up. Since he was a child he dreams of being like Charles Muntz, a great explorer.

13.Prince Eric from the movie “The Little Mermaid”

He is a character in the 1989 film The Little Mermaid and he is the one who falls in love with the protagonist.

14.Bart Simpson from “The Simpsons”

He is one of the fictitious protagonists of the cartoon television series The Simpsons. Bart is ten years old and is the firstborn and only son of Homer and Marge Simpson. He is the older brother of Lisa and Maggie.

The story is about a poor young man in a Middle Eastern city named Aladdin, who is recruited by an evil sorcerer, posing as his deceased father’s brother, to help him retrieve a wonderful oil lamp from a magical cave that he imprisons. who enters it.

He is the neighbor of the Simpson family. He is normally hated by Homer Simpson.

She is a teenager from the South Pacific islands, she crosses the ocean and explores the world to prove that she is as brave as the rest of her family.

18.Kristoff from the movie “Frozen”

He is a bit individualistic and acts like a loner. He can also be quite grumpy and selfish at times, as well as a bit lazy.

Do not forget to share this publication and leave us your comment on this incredible work of the Brazilian artist to be able to bring our favorite cartoon characters to real life. She certainly managed to capture the essence of each character.