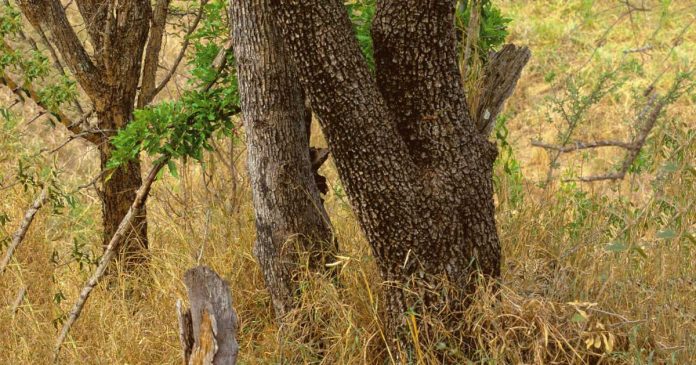 Before doing the challenge, we want to tell you a little about the leopard. This animal is one of the most discreet and careful predators when it comes to wanting to conquer a prey . Its brown fur and its intelligence allow it to remain motionless and silent, for this reason it becomes practically invisible to its prey .

Once the animal calculates the exact moment to catch its prey, it jumps on it at an incredibly fast speed. That is the most terrifying moment, imagine being in the middle of the African savannah without knowing that a leopard is watching you… That is why we want to show you with this visual challenge how this great predator camouflages itself

Still don’t see it? here I leave the answer

Think about how difficult it must be for their prey, to feel safe and calm when in reality they have a spectator waiting for an oversight to hunt him down. The most impressive thing is the closeness in which it can stay without any problem, because if you couldn’t see it, neither could its prey .

What did you think of this visual challenge? Share with your acquaintances to see if they can find the leopard.