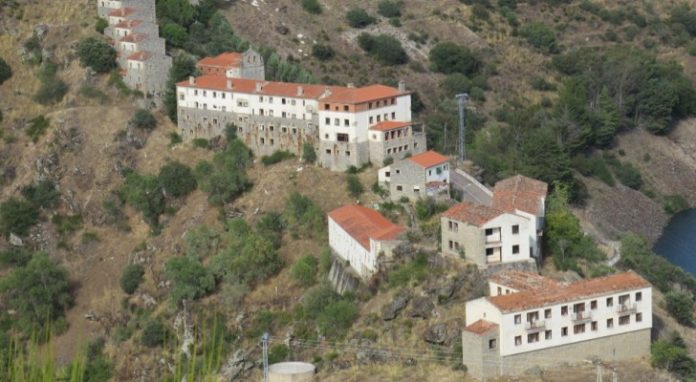 The world is inhabited by people who are different from each other, that’s its beauty. Monotony does not exist. Among the many differences between individuals, there is also the way of life. Everyone has different hopes, expectations and desires. There are those who like to live immersed in the hustle and bustle of the city, full of people in a hurry, but there are also those who adore the tranquility of the village, a small group of houses immersed in the silence of nature, where the calm reigns supreme.

Those who like this second scenario could take the opportunity and buy the whole Spanish village, which has been put up for sale at an almost ridiculous price. It costs as much as an apartment in town.

In Spain, along the hills of the province of Zamora, not far from the Portuguese border, is Salto de Castro . A small village of 6,000 square meters, consisting of 44 houses, a hotel, a church and a swimming pool. A truly picturesque setting, with splendid views of the mountains. All this, however, did not prevent the inhabitants from leaving this small village.

No one has lived in Salto de Castro for decades now. Its current owner, as soon as he saw this beautiful village nestled in the hills, fell in love with it and chose to buy it; he wanted to make it a tourist attraction . Unable to achieve his goal, he decided to sell it, in the hope that the new buyer will turn his dream into reality.

The advertisement was published online and apparently the charm of this village did not leave potential buyers indifferent. Indeed, according to the estate agency , the village page has received more than 50,000 views and attracted the attention of more than 300 customers from Britain, France, Belgium and Russia.

The interest of Salto de Castro is not only due to its location and the view it offers. What is more surprising is the price. Indeed, it was put up for sale at a very low amount, costing less than an apartment in Madrid, ie 260,000 euros, an opportunity to be seized.

The hope is that this small village can once again shine as it did in the past. Would you live there?