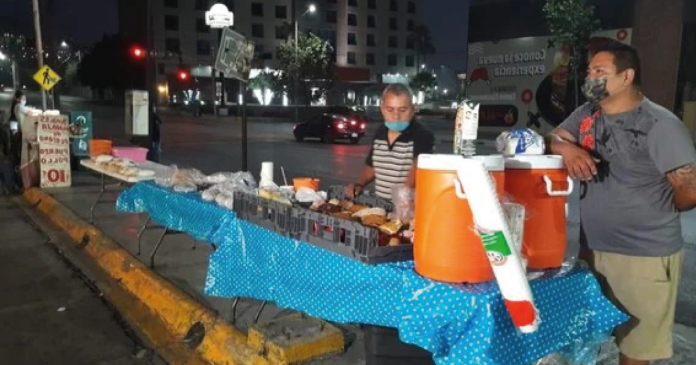 In the city of Monterrey it became known through a report carried out by a TV show, that street vendors in the capital earn more than the average salary of a professional in Mexico.

Its main activities are the sale of coffee, tamales, quesadillas or cakes and its income amounts to more than 11 thousand 549 pesos per month, a figure that the INEGI has established as the average for a professional in the country.

According to the testimony of Mrs. Marcela, who sells tamales and quesadillas in the Alameda area of ​​Monterrey, she earns around 3,000 pesos a day. That is, her income is slightly above what a professional should receive.

If Mrs. Marcela will only sell from Monday to Friday, she would average earnings close to 15,000 pesos per week, because per month she would have 60,000 pesos, one of the best paid careers in our country according to INEGI is Sciences of the Earth and the Atmosphere, for which the professional would reach 18 thousand pesos as a monthly salary.

The difference between the two cases is shocking and forceful, thus showing the disparity of the situation that occurs in the Sultana del Norte.

In other examples of the report, the native of Oaxaca, Héctor José Basilio, decided to move to Monterrey and currently earns 600 pesos a day working three hours from Monday to Friday; His job is to sell coffee, oatmeal and tamales on the streets. Another similar story is that of Javier Bermúdez, who has been selling coffee and cakes in the center of the city for 20 years, his income is 500 pesos a day for four hours of work.

In these two cases, their estimated earnings are approximately eleven thousand pesos per month, that is, almost the same as the average of many professionals in Mexico, the difference is that they work less time and sometimes with two days off a week. .

An INEGI report shows that of the 57 million Mexicans who have a paid job, only 2 out of 100 earn more than 18 thousand pesos a month. In the table, 31% of the population receives between 1,000 and 3,967 monthly and 67% between 3,968 and 18,482. These data do nothing more than show the circumstances that many Mexicans have to go through in search of stability and a better future, both individually and for their families.