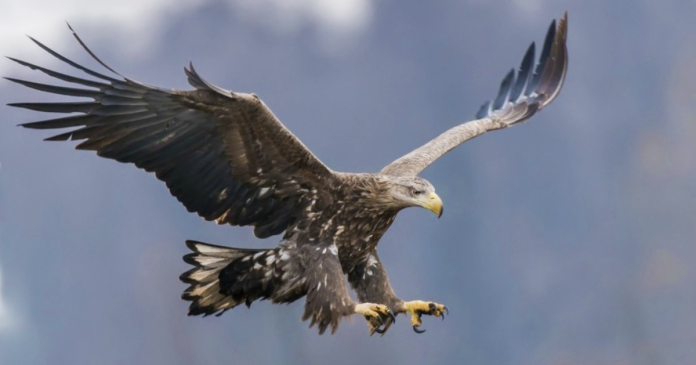 Its appearance is due to a reintroduction program of this species to England.

Not since 1780 has the white-tailed eagle soared over England. Now during the period of isolation that has been imposed throughout the United Kingdom, several neighbors have reported its appearance. The sighting of this bird is due to the reintroduction program to the wild for 6 of these birds on the Isle of Wight.

According to the BBC, the trackers that were put on the eagles have reported that 4 of the 6 birds have flown across the entire territory of England and that they have made flights of more than 160 km.

One of them, identified as D274, traveled 427 kilometers in southern England before returning home to the island where they were released.

The others have roamed the Peak District and North York . One of the 6 has already died and the whereabouts of the last one are unknown because her tracker stopped working.

The spokesman for the Roy Dennis Wildlife Foundation has asked everyone in the UK to report it to the authorities if they see a specimen.

“If you are lucky enough to see a white-tailed eagle hovering over your home or yard, please report it, but do not leave your home at this time .”

These eagles are the largest birds of prey in the United Kingdom, they can measure up to 2.5 meters and their diet is mainly fish and other waterfowl. They are also known as sea eagles because of this.

The reintegration program aims to release 6 eagles a year. However, a reproduction of them in a wild environment is not expected until 2024 . The last time they bred like this was at Culber Cliff on the Isle of Wight itself in 1780.