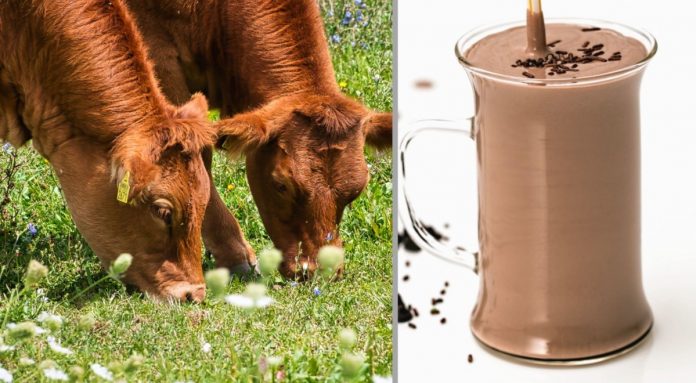 In the morning, at breakfast, there are people who prefer to add chocolate or cocoa to their milk, thus transforming its white color into a much darker color, tending almost to dark brown.

Polls have shown that people, when it comes to agricultural products, do not fully understand their origin, so much so that it has been discovered that a large number of American adults believe that chocolate milk is produced by brown cows. .

Farmers have often complained about people’s lack of knowledge of agriculture, as they should know in depth what they are eating. They don’t know where food is grown, but more importantly, they don’t know how it gets to store shelves. A Department of Agriculture study , commissioned in the early 1990s, found that nearly one in five adults did not know that hamburger patties were made from beef. Today, the most surprising problem is that people do not know where chocolate milk comes from and what are the ingredients.

7% of American adults believe that chocolate milk comes from brown cows. This figure was established through a nationally representative online survey commissioned by the US Innovation Center. By analyzing this figure, one could easily calculate that approximately 16.4 million adults do not know the origin of one of the most popular drinks in the world. It is unclear, however, whether they think the cows are producing a liquid that already contains cocoa and sugar or just a darker colored milk than normal…

In your opinion, what is the reason for this lack of knowledge about agricultural products and their production?