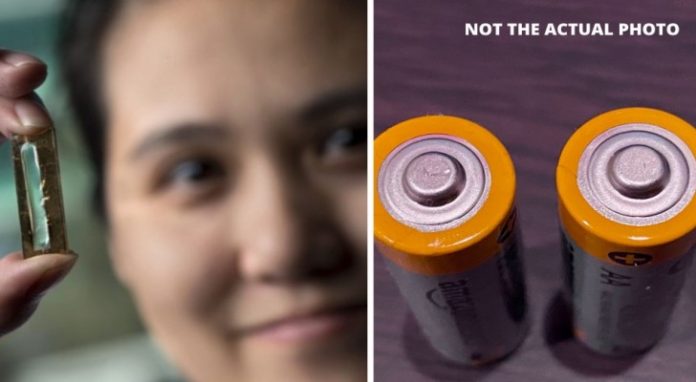 Very often, great inventions or ideas are born by chance. The most striking example is that of Isaac Newton and the apple. Starting from a fruit that fell from a tree, the scientist theorized about the force of gravity. The greatness of such individuals lies in turning a random event in their favor and thus giving birth to a great discovery.

This is exactly what happened to this doctoral student who, by chance, by doing some simple experiments, managed to create a rechargeable battery that can last up to 400 years .

Mya Le Thai, a doctoral student at the University of California at Irvine, seems to have succeeded in creating a rechargeable battery that could last around 400 years. Electronic devices could last longer and there will be fewer lithium-ion batteries to use, which could be a real advantage. But the most surprising in all this is that this discovery was made by chance.

It all started when a group of researchers experimented with nanowires, in order to potentially use them in batteries. Over time, however, they realized that the excessively thin and fragile wires broke after being reloaded several times.

During an experiment, Mya decided to coat the gold nanowires with manganese dioxide and an electrolyte gel similar to Plexiglas. It then initiated a series of charge cycles (i.e. when a battery goes from discharged to fully charged). The experiments continued, so much so that she managed to reach 200,000 cycles in three months. All this indicates that the life of these batteries is much longer than that of known batteries.

Pexels – Not the actual photo

Battery cycles of a simple electronic device range on average between 300 and 500. The general idea is that there could be a very simple way to stabilize nanowires of the type we have been studying,” said Reginald Penner, chairman of the university’s chemistry department. If this turns out to be true in general, it would be a great step forward for the community. A truly significant discovery, not only because of its magnitude, but also for the way in which she was made.

What do you think, could this discovery really revolutionize the way we design batteries and electronic devices?