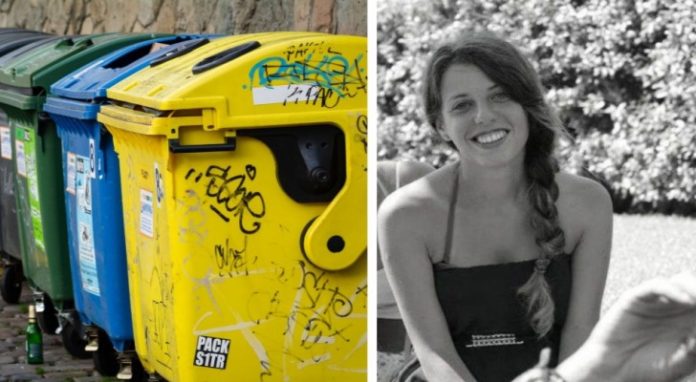 Everyone dreams and imagines the job they will do when they grow up. Life is however full of surprises and often, despite constant and daily efforts, we do not always manage to achieve our goal. One of the easiest ways to find a good job is a college degree, but again, it very much depends on the field one chooses to pursue.

This young Italian knows it well. After trying for some time to find a job related to her field of study, she chose to end her search and started working as a garbage collector.

Here is Federica Castiglia, a 24-year-old girl with a degree in optics and optometry. For a long time, she tried to find a job related to her field of study, but she was only offered apprenticeship contracts that did not allow her to be autonomous, but above all, the job prospects were too low. . All this prompted her to try the competition to become an urban cleaner .

His commitment allowed him to win the competition and join the new team of 11 garbage collectors. “It’s a safe and stable job. It’s a fixed position that gives great guarantees. And I don’t find anything weird that a university graduate freely chooses to be a garbage collector as a profession ,” says Federica.

The fact of having succeeded in obtaining this CDI allows him to envisage the future with great serenity; this job is indeed the first stone in the building for greater stability and not to weigh on his parents.

libreshot – Not the actual photo

Federica is delighted with the turn her life is taking and immediately sets herself a goal: with her first salary, she will buy a car. “My contract provides for a salary of 1,100 euros gross. The good thing is that I will now have a basis to plan the future. To carry out many projects. And I plan that I will spend my life in this company. Because the ‘we don’t give up a CDI.”

Achieving your independence brings great satisfaction, but often, before finding your way, you sometimes have to get lost. After all, the degree was not a waste of time, but a path that allowed him to acquire knowledge. “The university was necessary to get there”.