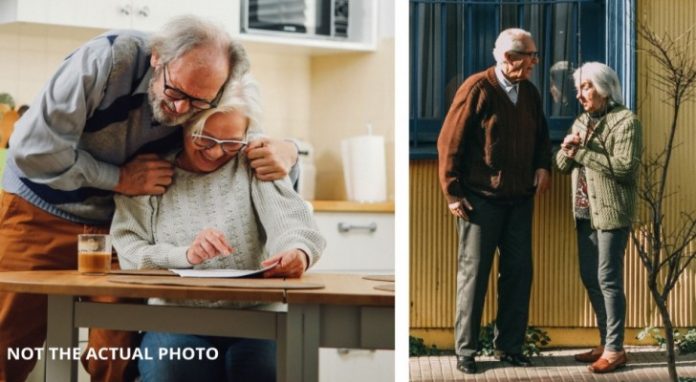 Everyone hopes in their life to find a soul mate, that person whose character perfectly matches their own. When we meet someone, we always try to see if we are perfect for each other. When you start a relationship and love even seems to blossom, the question is always the same: how to build a stable and lasting relationship?

This couple (both centenarians) has just celebrated 75 years of marriage. A lasting relationship that has stood the test of time . This is precisely the reason why they decided to reveal the secret of their relationship.

In a world where marriages last little more than the blink of an eye, Josephine and Alfred Waterfield are the exception. They are both 100 years old and have been married for 75 years. She worked in a pub, while he was a Marine. As soon as Alfred saw Josephine, he knew that she would become his wife. During an interview, the man revealed that the secret to staying together for so long is to argue daily , not real quarrels, but petty bickering.

Their eldest son Allen said: “My parents argue every day, it’s their secret. Just constant bickering, nothing serious. It’s rare these days to see marriages that last that long, so they did something positive, and that’s good. There’s hope for all of us.”

These 75 years of marriage are an incredible milestone, almost unattainable. That’s why they celebrated this milestone in the best possible way, so much so that their second son Brian, who lives in Perth, traveled from Australia to Northampton, UK to celebrate this milestone.

“We always wanted, explains Allen, to organize a beautiful party for them and we found a suitable moment for everyone. My parents were delighted that Brian and his family could come from Australia. It was a fantastic moment. Mum and dad really enjoyed it. It was a party that exceeded our expectations. We all enjoyed this afternoon spent with family and friends.”

What do you think is the real secret to building a lasting relationship?