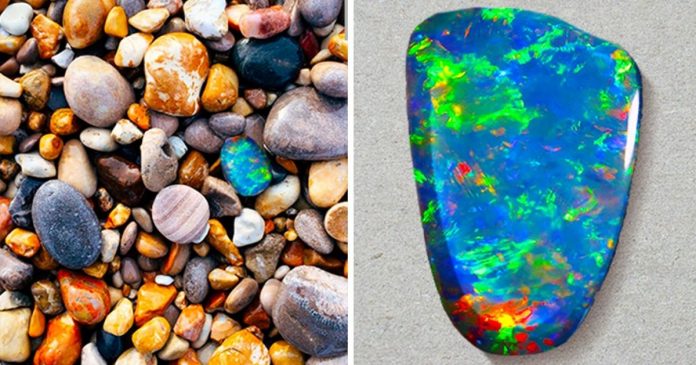 Do you believe in luck and destiny? We believe that destiny exists and that in order to get what we want, we have to be lucky enough to be in the right place at the right time.

However, if we do not know how to identify that this moment is our lucky moment, we could miss out on great things, because luck comes at the least expected moment and in the strangest ways.

These 7 people’s lives changed when they found these discoveries that made them millionaires.

A group of children entered a house abandoned for more than 20 years to play in the city of Windber, Pennsylvania. While they were playing they found a couple of coins lying on the ground. When they returned home they talked to their parents and it was they who returned to the abandoned house, knocked down the wall and found hundreds of coins. The total of the coins reached $8,500 dollars, but since there were some very old coins, they were valued at a total of $200,000 dollars.

A farmer from Ballarat, Australia, was out for a walk on some deserted land near his home. The young man carried a metal detector with him, which soon managed to locate something. The farmer began digging and found small pieces of gold, until he found a piece of approximately 5.5 kilos that was valued at $315,000 dollars.

An Australian miner was at work when he discovered a brightly colored opal at the bottom of a bucket full of stones. The young man took it and kept it as a souvenir for 14 years until he showed it to a specialist who confessed that these types of opals were very rare. The young man put it up for auction and sold it for $3 million.

A Cleveland architect named Bob Kitts was remodeling the house of one of his friends. While he was dismantling an old tile in the bathroom he found two briefcases full of envelopes with money. These were addressed to the P. Dunne News Agency and covered around $182,000 dollars.

The friends were very happy about the find, so Bob offered his friend 10%, but she refused and asked for 40%. They both ended up in court and were forced to split the money in half.

In 1992, Peter Whatling, a farmer in England, lost his hammer, so he asked his friend Eric Lawes to lend him his metal detector so he could find it more easily. Shortly after he began the search, Peter discovered a couple of silver coins, as he continued to dig he found a wooden box with jewelry, including a gold necklace, and hundreds of coins as well.

The total value of the box was $15 million, however the farmer could not keep the prize, as it was immediately sent to the British Museum. In compensation he was awarded $2.3 million which he shared with his friend.

6.The declaration of independence.

A Pennsylvania man bought a $4 painting at a garage sale. The man wanted the painting to decorate his house, so when he went to reframe the painting he discovered a document tied to the back of the painting. The document was one of 25 official copies of the Declaration of Independence made in 1776. This document sold at auction for $2.4 million.

7.The gold of the British lords.

A first-time archaeologist asked his friend to use his metal detector on his land. On the first day he found 4,000 objects weighing 4.5 kilos in total. Archaeologists soon discovered that these items belonged to British lords and well-known religious figures of the 12th century. The treasure was valued at $5.3 million.