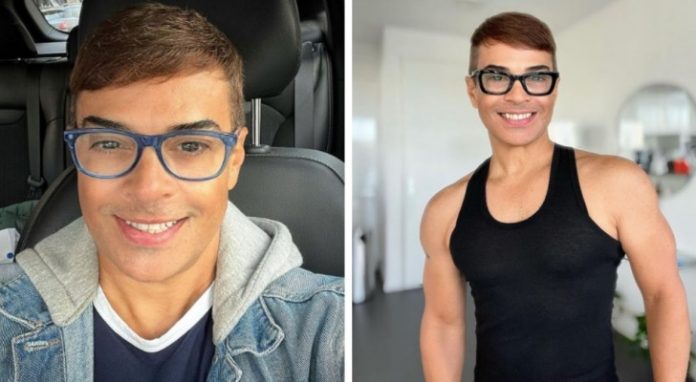 The years pass for everyone, but some can easily live with their change, while others would like to stay forever young. They can’t stand to see gray hair or the first wrinkles on their face. There are, however, people who can easily conceal their age and look much younger.

Everyone would like to cheat on their age, to look younger than they really are. Apparently, this father has succeeded, so much so that he is mistaken for the boyfriend of his adopted daughter, and he wanted to share his secret.

His name is Edson Brandao, and he is a 54-year-old father . Everyone who knows him says no one would give him his real age, as he looks to be in his 20s or 30s. He, for his part, pointed out that his youth is due to his positive mentality, physical exercise, good nutrition and, above all, skin care. He never did anything to look younger, but above all he never received any special treatment.

Looking younger than you are can be a good thing, but at the same time it can be a source of embarrassment and misunderstanding. As Edson recounts, he is often mistaken for his adopted daughter’s boyfriend when he takes his children to parties.

“My father, says the man, has four children and I am the eldest (the others are 52, 28 and 27), but during family gatherings people ask me if I am the youngest. Another Once while I was traveling I was reported to the Swiss police because they didn’t believe I was 40 at the time. They took my passport, checked it and were surprised that it’s not a fake. So much so that they wanted to know how I managed to look so young.”

Time almost doesn’t seem to pass for Edson, even though every year he blows out several candles, he always looks like he’s 20 or a little older. That’s why he decided to take to social media to share tips on how to maintain a youthful appearance , starting with his diet. He explained that he doesn’t really follow a diet, but tries to eat everything, varying as much as possible, but what cannot be missing are vegetables. In addition, to a good diet it is necessary to add constant exercise. “My real secret is to be optimistic, to always see the bright side of things. That’s why I encourage people to always look at the finer things in life and not

And you, what do you do to stay young ?