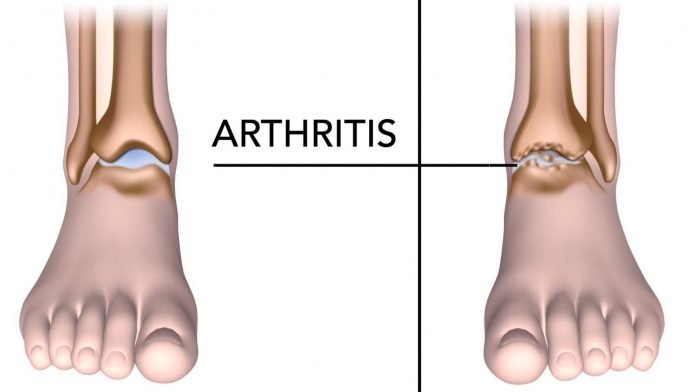 “Things that most people take for granted, for example sleeping, bathing, brushing one’s teeth, getting dressed, making meals, and even driving a car, are extremely challenging for me.” ~ Mrs. ‘K.D.’: “Living With Rheumatoid Arthritis.”

Arthritis is affecting nearly 55 million American adults according to the centers for disease control and prevention. There are almost woo different forms of arthritis and relative diseases. Osteoarthritis (OA), rheumatoid arthritis (RA), psoriatic arthritis (PsA), fibromyalgia, and gout are the most common types.

Joint pain is one of the common denominators between all of them. They can be aching, dull, hot and a throbbing joint pain. A person who has suffered from a joint pain condition can attest that joint pain is among the worst types of pain out in existence. The inflammation of intersecting bone, cartilage, and ligaments defines the aches and pains associated with arthritis.

WHY FOOD MAY BE THE BEST OPTION FOR ARTHRITIS

“Let food be thy medicine and medicine be thy food.” ~ Hippocrates

According to Per WebMD, the prescribed medications for arthritis work for about 2 out of every 3 arthritis suffers. And these drugs are very expensive and are afforded by the minimum. They cost about $1,000 – $3,000 a month.

1-3 grand is being a cost for arthritis treatments which is more than most people’ mortgage. Even after taking health insurance into account, out-of-pocket costs are likely to reach into the hundreds – if not thousands – of dollars.

Due to these drugs being the way to expensive, the patients are turning to high doses of over the counter meds, such as NSAIDs, Aspirin etc. These are some main issues where the patients may cause health problems ranging from a headache and dizziness to liver failure. This must be considered because most of the senior patients are on a fixed income and this shows that we have a big problem on our hands.

Perhaps the most feasible way to manage arthritic pain is through nutrition. According to The Brisbane Clinic of Nutritional Medicine, “Diet has been strongly implicated as a cause and therapy for many forms of arthritis. Unfortunately, this aspect is often overlooked and underestimated.”

To start with, it is crucial to be aware of and steer clear of “trigger foods.” Trigger foods are those that produce an allergic or otherwise unfavorable bodily response (usually inflammation). Common trigger foods include dairy, red meats, wheat, corn, beef, and nightshade vegetables. Once you’ve identified and are actively avoiding your food triggers, you can turn your attention to nutritional healing. With that in mind, here are 5 foods that may help significantly reduce arthritis pain.

Quercetin and rutin are two powerful bioflavonoids that are loaded within an Apple. Both of these helps to release histamine. This protects the body from inflammation; boost blood circulation, and promote cellular health.

There are abundant amounts of omega-3 fatty acids contained in a cold water fist. Omega-3 has an anti-inflammatory property. Omega-3 contains eicosapentaenoic acid (EPA) and docosahexaenoic acid (DHA). This is also known as marine fatty acids. EPA and DHA allow the body’s inflammatory response by interfering with immune cells and enzymes involved in it.

The best marine omega-3s are salmon, tuna, sardines, and mackerel. Vegans and vegetarians can acquire omega-3s through flaxseed, chia seeds, soy, kale, and other plant-based sources.

The levels of tryptophan in the blood can be significantly increased by the proteins in eggs. Tryptophan is the building block of serotonin; the brain chemical that both stabilizes mood and boosts pain threshold. Tryptophan also raises endorphin levels in the brain and body!

Cheese, salmon, and turkey are also excellent sources of tryptophan. Vegan and vegetarian options include nuts and seeds, pineapples, and tofu.

Lamb is an excellent source of zinc. Zinc is an essential mineral with many functional roles in the human body. According to the Arthritis Association, “Studies shows that lower zinc levels in people with rheumatoid arthritis compared to those without it.” Individuals whose tests revealed “the lowest levels (of zinc)” tended to have it worse off.

Some other meat sources of zinc include seafood, red meat, and poultry. Fortified cereals; bean, nuts, seeds (especially pumpkin!), and whole grains are good non-meat sources of the mineral.

They Go To Dinner In A Restaurant For 14 People And Receive An Exorbitant Bill Of €160,000

They Find Tribe Isolated From The Modern World Through Google Maps