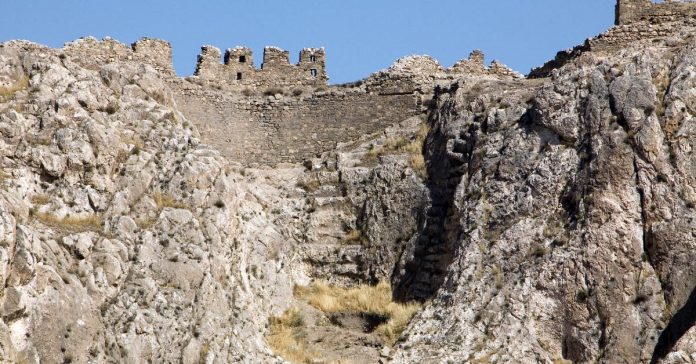 Between the borders of Iran, Armenia and Turkey, this vestige is believed to have belonged to the ancient Assyrian Empire.

Thousands of years ago, in 851 B.C. C. _ The kingdom of Urartu arose in a mountainous region between the Black Sea and the Caspian Sea. Urartu was part of the Assyrian domains, an empire that was characterized by its enormous economic and military power. But also because of their ruthless territorial expansion tactics and their enormous fortresses that guarded the hearts of their cities.

After its fall 2,800 years ago , a group of archaeologists believe they have found one of the last vestiges of the Assyrian Empire . It is a temple where Urartu was, on the current borders of Turkey, Armenia and Iran.

Like many other ancient civilizations, the Assyrians formed their government as a military theocracy that in a short time led to their heyday. To maintain a relationship between the divine and the political, they built temples called ziggurats , where the gods were considered to live.

The Assyrians stood out for their warlike skills. They had flawless archers and Urartu had the best battle beasts as horses to pull the artillery chariots. Unfortunately, all this splendor was left in ruins and buried under the Turkish, Iranian and Armenian mountains.

A team of archaeologists from Van Yuzuncu Yil University made a great discovery in that border area. A castle/fortress that contained various pieces of pottery, limestone and sandstone tools. There was even a cistern 6 meters deep by two in diameter.

According to Rafet Çavuşoğlu , leader of the team, this construction dates back to the 9th and 7th centuries BC . It was mainly used during the Middle Ages and after a few centuries, it was buried several meters below the mountainous surface.

It is estimated that by the 7th century BC , Urartu was completely abandoned, although the reasons why the civilization disappeared are still unknown. However, there are many cultures that disappeared in this way, almost without a trace.

When the 19th century of our era arrived and with an interest in the past, excavation work began. These revealed the first indications of the millennial presence of some civilization on the Turkish border.

Urartu was a city that carried out architectural megaprojects. Among them are the temples adorned with lions and irrigation canals. The discovery of the castle promises to reveal the secrets not only of Urartu but of other metropolises that have died out under the mountains of the Middle East.