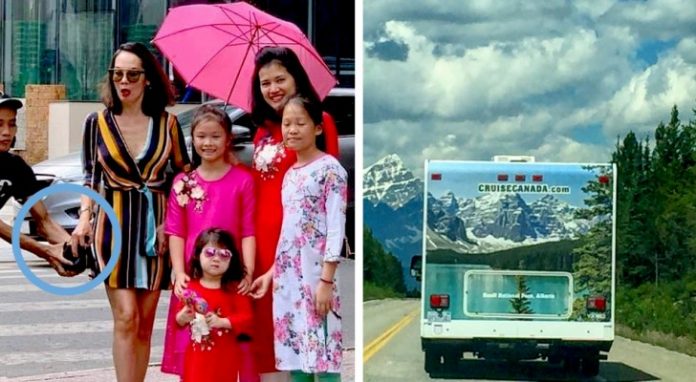 In the art of photography, nothing is left to chance: the angulation of the main subject, care for the colors and the chromatic aspect of the objects in the background, or the calibration of light and chiaroscuro of a magnificent panorama or an exceptional subject or event. But sometimes the most memorable photos are impromptu photos that are taken in the right place at the right time, sometimes with funny effects. This gallery of amateur images is proof of that!

The exact moment the woman’s bag on the left is stolen…unbeknownst to her!

A happiness that dissipates in less than a second…

A picture that says more than a thousand words!

It’s all about the right angles!

A symmetry that will be difficult to immortalize again

This little bird really wanted to see himself in the mirror!

Below the surface of the water…

… and on the surface of the water!

Running away from a marriage… Done!

The colors of the rainbow in the foreground of this beautiful cat!

A ski session… that went wrong!

A panoramic photo that immortalized the exact moment the lights went out in a stadium.

Hey, you too, be careful! Too late…

And who said dogs can’t fly?

These photos are the testimony that luck for the shot…is everything!