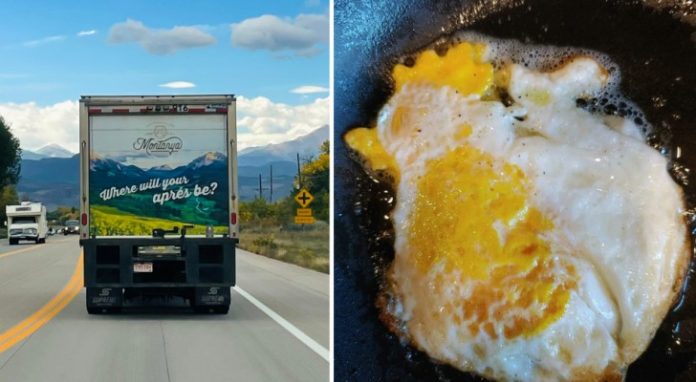 In everyday life, we encounter curious and singular objects, bizarre situations, unexpected coincidences and unusual places that attract our attention. If we are immersed in our thoughts, they may go unnoticed, but if we look around, it is really difficult to ignore them! In fact, when this happens, we are immediately ready to take out our smartphone to take a picture of this original and unusual thing that we find in front of us. An example ? We give you 18, shared by users of the Reddit platform.

“A matching Chevy Corvette and Lamborghini Urus driving around the neighborhood.”

“This Detroit building is built from the top down.”

“I bit into my apple and it’s red inside.”

5.From Colonel to Mexican par excellence

“A Mexican restaurant near me has moved into an old KFC. Instead of removing the colonel, they just added a sombrero, mustache and poncho.”

“This huge ant that appeared in my house.”

“I saw these beautiful rims today.”

“Something is eating my trash bin.”

“The insect found refuge in my son’s Halloween pumpkin.” It certainly adds an extra touch to the party!

“There’s a jet outside my apartment today.”

“While helping my mum pack, we found an unopened pickle jar from 1987.”

“The truck in front of us lined up perfectly with the mountains!”

“The ceiling of this freezer.”

“A deep fryer built into that old cooker.”

“My friend’s picture is engraved on the plastic of his wallet.”

“My cousin’s shoes match this house in Berkeley, California.”

“I captured a photo of me transmitting energy to my girlfriend…”

And you, have you ever photographed something unusual and curious?