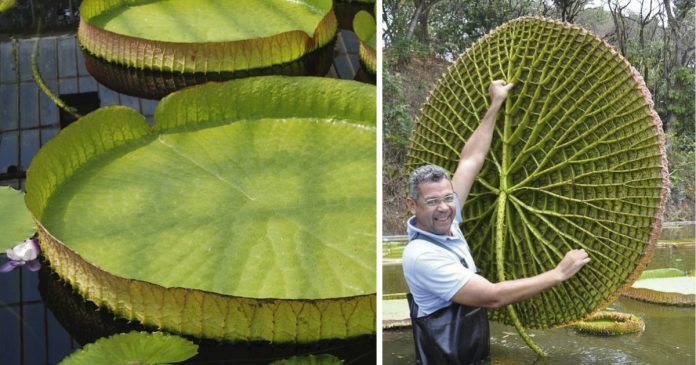 They say that every story has two sides, and we are becoming more and more convinced that this is what life really is. Many times we think we know certain things, people or situations, but when they are presented to us from another point of view, we can even doubt whether we really knew them or not.

The perspective from which things are seen greatly influences the perception we have about them. We believe that this is the case with these 15 images that we are going to share with you of things that you thought you knew, but that you will surely not recognize when we show them to you from another point of view.

1.This is what a giant water lily looks like, also known as the largest water lily in the world. It is easy to find in rivers in Peru, Brazil, Paraguay, Colombia, Venezuela and Guyana.

2.Wolves are much larger than people think. Although we know that this animal is very majestic, we do not have a relationship of its real size. Recently, a volunteer from the Shy Wolf Sanctuary care and rescue center shared a photo of herself with a giant wolf that shocked the entire world.

3.Full demonstrations in Hong Kong, in order to promote democracy.

4.Owls have long legs, they just hide them under their plumage.

5.To make Will Ferrell look giant in the movie “Elf”, they accommodated him from another perspective which created the optical illusion.

6.This is how we have seen the representation of Saturn for many years, but recently NASA managed to photograph the planet and its rings and they look like this.

7.This is what a World War I trench looked like in Germany during the year 1917. The second photo shows how they look now.

8.This is how these Star Wars scenes were created. The details are so meticulous that you would not believe that they were made like this.

9.An igloo with a burning fire inside looks like this. It is a magical spectacle that occurs when the heat from the fire melts the inner layer of ice, but the cold from the outside refreezes it, creating an insulating layer.

10.A close-up photo of a lavender field vs. an aerial photo taken by a drone of the same field in the afternoon.

12.The damage of the last earthquake in the city of California taken up close and taken from the air.

13.This is the fur of a shaved tiger.

14.The pyramids of Giza are so big that when you are there you become very small.

15.A Boeing plane with no seats.

Which photograph impacted you the most? Tell us and share this article with your friends.