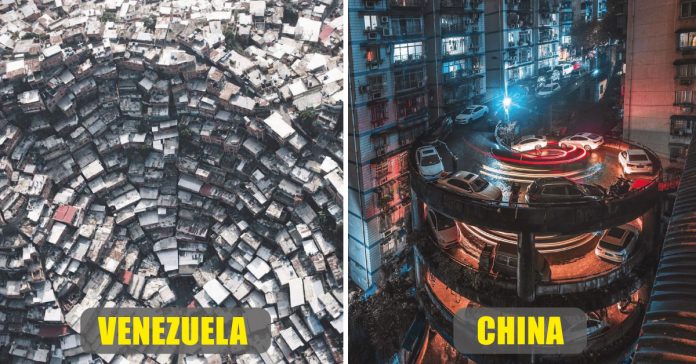 Modern society has grown at an uncontrollable rate. Imagine 8 billion people, all living on this enormous rock covered in water, floating somewhere among the vastness of space. Although the earth is quite large, not every corner of the planet can support life.

The population is so large that it has grown to abuse the environment. Unfortunately, there are more people in the big cities than in the rest of the world combined. Urban growth is happening not only sideways but also upwards because it requires less space and it is more “efficient” since up to 100 people can live in a few square meters if you put one house on top of another.

Big buildings seem to be taking over, one by one. When I take a walk down the street, it seems like I’m living in a science fiction movie. Some people say that we’re already in the cyberpunk future. This is the dark, dystopian world that futuristic books and movies were predicting and fearing 50 years ago.

Below are a few places around the world that can serve as inspiration for anyone looking to create their own cyberpunk story.

11. Luxurious houses on the roof of a shopping mall in Zhuzhou, China