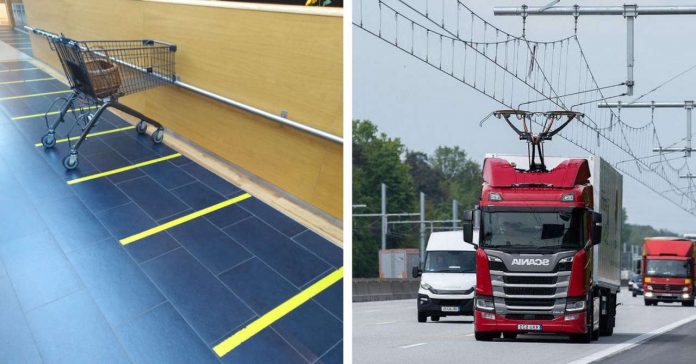 When one is dedicated to tourism, it is normal to encounter certain “cultural shocks”. It is normal that when traveling you spend a few days to rest and others to get to know the place, but when you get to know the country in depth, you will discover that although globalization has standardized many things, not all parrots are green.

But this does not mean that daily life in the place is totally different, but it will surely cost you to adapt. Today we bring you the example of Germany.

Germany has many good things, the sausages, the beer, the Germans. But without a doubt they were raised with a very different chip.

1-. In the German city of ULM several hermetic capsules were installed, mainly for indigent people.

2 – Somewhere in Germany, this is a kindergarten.

4-. The lack of children is noticeable when what you see is an entire playground.

5-. What kind of secret lair disguised as a sewer is this?

6-. The observatory in the city of Zweibrücken honors the droid R2-D2 from Star Wars.

7-. According to statistics, many of the crimes against women occur in covered parking lots. For the same reason the Germans devised to put these special places for women, close to the exit and in well-lit places.

8-. In Germany they have just inaugurated their first electrified lane for trucks. If it is successful, it will be implemented throughout the country.

9-. In Germany it is the farmers themselves who take their products to the vending machines.

10-. The cars come with a sticker reminding you not to go faster than 150 mph on snow tires.

11 – The “Bio” mark is laser engraved to indicate that the product has a 100% organic origin.

12-. A special machine to clean coins because German machines lack neighborhood and do not accept dirty ones.

15 – German super carts have a special drawer to park them.

16-. A totally unique house. Each one has a different number of floors.